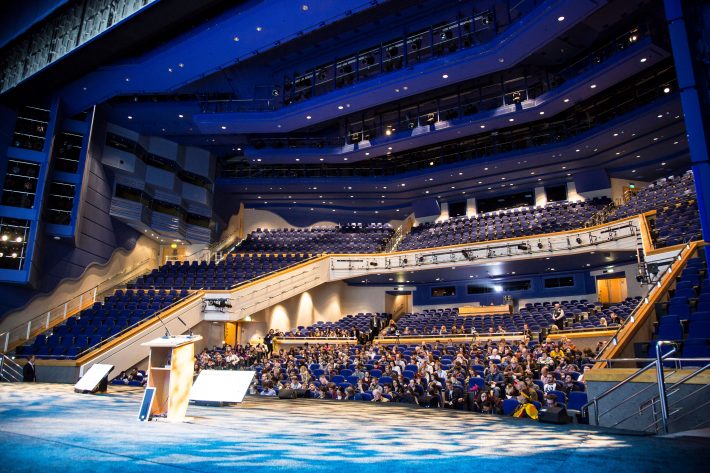 Registration and abstract submission will open at the beginning of July. To register your interest in the conference, please email: events@britishecologicalsociety.org

At the core of our Annual Meeting, there are four internationally renowned plenary speakers. This year we are delighted to announce they will be:

University of Illinois at Urbana-Champaign 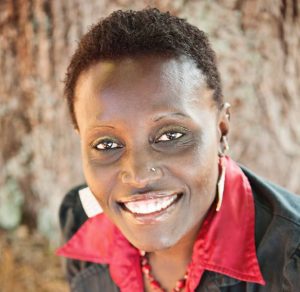 Dr Esther Ngumbi is a distinguished post-doctoral researcher with the Entomology and African-American Studies Department at University of Illinois, Urbana Champaign. She is a native of Kenya and earned her PhD in Entomology from Auburn. She is a chemical ecologist, pursuing research aimed at understanding the multifaceted uses of chemical signals (both volatile and non-volatile) by herbivores, natural enemies, plants and their associated microorganisms and insects. . Chemical signals and chemical-mediated communication play central roles in almost every possible interaction in multitrophic communities. The overarching goals of her research is to decipher complex chemical-mediated conversations, whose outcomes are important with relevance to agriculture, insect pest management and the functioning of ecosystems.  Moreover, her research on beneficial soil microbes seeks to find microbial-based solutions for agriculture. These products are exciting because they are derived from naturally occurring microorganisms; offer multiple benefits to plants, and have the potential to improve crop yields and create resilient ecosystems.

Believing that global sustainability issues like those of hunger and food insecurity affect all of us, Dr. Ngumbi has stepped up both as a researcher and a food security advocate and fellow with Aspen Institute and has continued to demonstrate visionary and inspirational leadership in the pursuit of a sustainable future-where hunger and food insecurity become history.

A firm believer “that the future of science, so important to the prosperity of our world depends on the skillful mentoring of each new generation by the one that precedes it” Dr Ngumbi has served as a mentor to many students and several organizations including Clinton Global University Initiative and President Obama’s Young African Leadership Initiative. She is the recipient of several national and international awards including 2018 Society of Experimental Biology President’s medal, Emerging Sustainability Leader Award, women of courage award, finalist for President Clinton Global Hunger Leadership Award and named by One World Action as one of the 100 powerful women who change the world. She serves in several boards and is a member of Entomological Society of America Science Policy Committee. 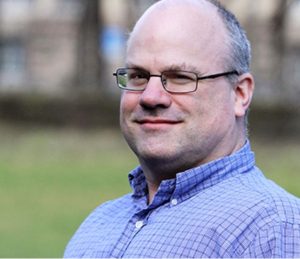 Jonathan Chase is a Professor of Biodiversity Synthesis at the German Centre for Integrative Biodiversity Research (iDiv). Prior to starting this position inn 2014, he was based in the US, having received his B.S. at the University of Michigan and PhD at the University of Chicago, and served as assistant, associate and Full Professor at Washington University in Saint Louis. He started his career doing simple ecological theory and experiments on the coexistence and biodiversity of pond critters, but soon ventured out into other kinds of ecosystems to search for generalities and contingencies. Since starting at iDiv, his empirical work has taken a turn towards larger scales and bigger data, but still based in theory and observation from local to regional scales (the metacommunity). He works with datasets ranging from zooplankton in empheral salt pans in Austria to insects in Hawaii to global analyses of trees. And always with an obsession towards the roles of spatial and temporal scales in influencing our understanding of both pattern and process.

Some of the most important questions in biodiversity studies also remain the most controversial. Are species distributions structured by deterministic processes such as environmental filtering and species interactions, or do random processes reign supreme? Amidst a global extinction crisis, is local biodiversity also declining? How are productivity and diversity related? These and dozens of other questions have caused a considerable amount of strife in ecology over the decades. As a result, a primary goal is to find approaches, tools, data and perspectives that can synthesize these disparate views about how the world works into a broader and more cohesive, but necessarily more nuanced, perspective. In much of my research, I have used the concept of scale (mostly spatial, but also temporal, taxonomic, etcetera) as a fundamental mediator of biodiversity patterns and processes, and as such, as a way in which to synthesize seemingly disparate results. In this talk, I will discuss several vignettes illustrating how explicit consideration of scale can contextualize and help to resolve a number of important issues in biodiversity studies. 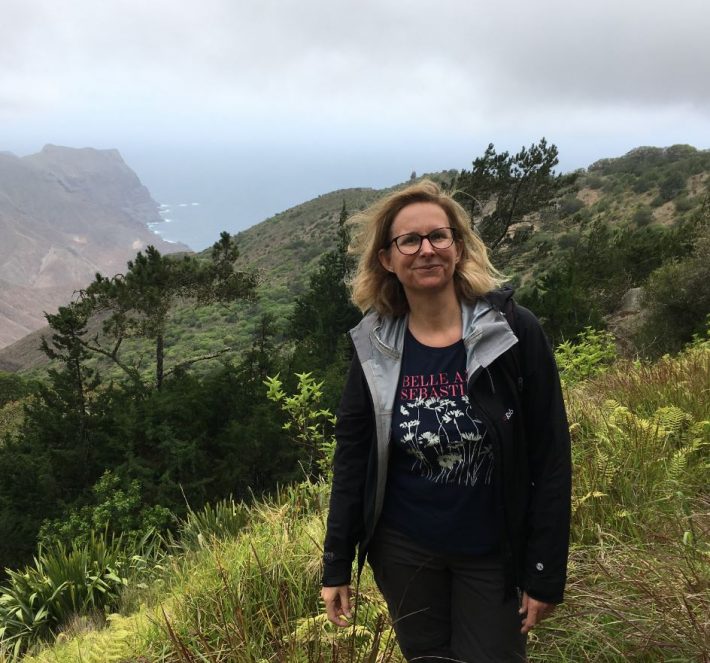 I am delighted to be invited to present 12 Months in Ecology at BES2019. I am excited by ecology in all its guises and am looking forward to seeing how the ecological year unfolds. I am particularly fascinated by the effects of environmental change on biodiversity and ecosystems and will be focussing on a variety of stories within this theme.

My research at the Centre for Ecology & Hydrology focuses on the use of the large-scale and long-term datasets contributed by thousands of volunteers and supported through the Biological Records Centre. I specifically focus on the effects of environmental change on insect populations and communities within terrestrial systems but I am looking forward to presenting highlights from aquatic environments too.

I am particularly interested in the dynamics of invasive non-native species and their effects on biodiversity and ecosystems.  I am the chair of a COST Action network ALIEN CSI (Citizen Science Investigate) which aims to increase understanding of alien species through citizen science and involves more than 35 countries. I have the pleasure of leading a number of projects on non-native species for Defra and the European Commission on non-native species.

Citizen science provides opportunities for engaging people actively in science and over the last ten years I have led several major citizen science initiatives involving tens of thousands of people (including UK Ladybird Survey, BBC Breathing Places Parasite Survey and EDF Energy Big Bumblebee Discovery). I have been the volunteer scheme co-organiser for the UK Ladybird Survey for many years and am using the large-scale and long-term Coccinellidae datasets (distribution and abundance) to understand and predict the effects of the arrival of the non-native harlequin ladybird on other ladybirds.

I have a passion for public engagement and am privileged to be the chair of the BES Public Engagement Working Group. My research has been selected for a number of festivals including the Royal Society Summer Science Exhibition, Moscow Science Festival, BBC Gardeners’ World Live, Edinburgh Science Festival, the British Science Festival, New Scientist Live.

I am a visiting Professor in the School of Biological Sciences, University of Reading and have received a number of awards on behalf of my research teams and collaborators including the ZSL Silver Medal and an MBE recognition of contributions to biodiversity research, science communication and citizen science.

The University of Manchester 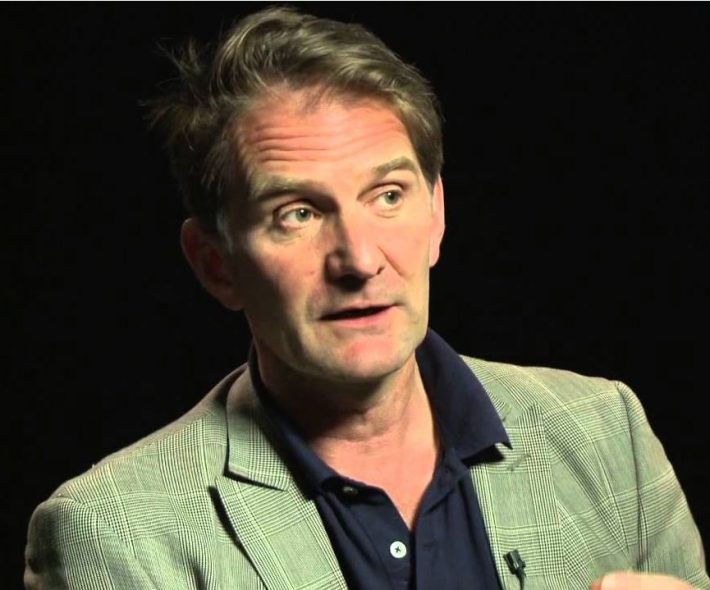 Richard’s research interests are in understanding the role of interactions between plant and complex soil biological communities in regulating the structure and function of terrestrial ecosystems, and their response to global change. Central to his research is demonstrating how an improved understanding of ecosystem structure and function can be gained by considering aboveground and belowground communities in tandem. He is also interested in using this knowledge to tackle land management challenges related to ecosystem restoration and the delivery of ecosystem services. Richard has mentored more than 50 PhD students and postdoctoral fellows, and authored over 250 scientific papers and several books, including his recent book Earth Matters: How Soil Underpins Civilization (2016). He is routinely recognised as a Highly Cited Researcher in ecology and environmental sciences.

Richard initially trained as a soil scientist at the University of Newcastle-upon-Tyne, and then did a PhD in soil ecology at Lancaster University and ITE Merlewood under the supervision of past BES President Professor John Whittaker and the late Dr Juliet Frankland. Since receiving his PhD in 1991, he has worked at the Institute of Grassland and Environmental Research, Lancaster University, and The University of Manchester, where he is now Professor of Ecology and head of the Soil and Ecosystem Ecology Group.

Richard is the current President of the British Ecological Society and has a long history of serving the Society as Vice-President (2011-2013) and as a Senior Editor of Journal of Ecology (2006-present). He has served as Chair of several BBSRC funding Committees and until recently was a member of BBSRC’s Research and Advisory Panel, Rothamsted’s Board of Directors, and the Netherlands Institute of Ecology Scientific Advisory Board. He is a long standing member of the Editorial Boards of Ecology Letters and Ecosystems, and has contributed to several international and national policy reports related to sustainable soil management, including the House of Commons Soil Health Report (2016), the UN’s The Status of the World’s Soil Resources Report (2015), and the recent EASAC Report Opportunities for Soil Sustainability in Europe (2018). He was elected an honorary Fellow of the Royal Society of New Zealand in 2006, a Fellow of the Society of Biology in 2011, and a Member Academia Europaea in 2015.