We are delighted  that our 2015 meeting was be held in Edinburgh, at the innovative and welcoming EICC, with local organising from the University of Edinburgh

We had an action packed programme including keynote addresses from Luigi Boitano giving our BES Lecture, Josephine Pemberton the Tansley lecture, Pat Monaghan 12 Months in Ecology and Bill Sutherland delivering the Presidential Address. We had a diverse and exciting number of Thematics, Workshops, and, of course, our regular array of oral and poster sessions to fill the programme. And, as usual, our fantastic social programme – from Gala Dinner, Poster Sessions, Social events, Fun Run and post-meeting tours, plus this year we had our Early Careers and  Fringe Events.

Located in the heart of Scotland’s beautiful and vibrant capital city, the Edinburgh International Conference Centre (EICC) is a magnificent events venue.  The incredible facilities include a series of impressive adaptable auditoria, spacious reception areas and flexible suites, including the spectacular 1200 raked-seating Pentland Suite, offering the utmost flexibility by sub-dividing into three separate auditoria in minutes at the touch-of-a-button.

Edinburgh has a lot of wonderful things to offer our delegates, such as art galleries, museums plus fascinating historical sights. 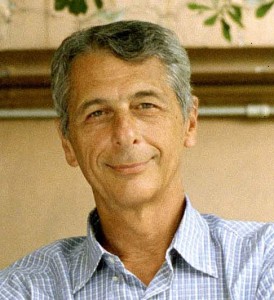 ‘Large carnivores in Europe: science, ethics and politics, and the challenge of maintaining viable populations in human-dominated landscapes‘

Luigi Boitani is Professor of Animal Ecology and Conservation Biology at the University of Rome, Dept of Biology and Biotechnologies. He has been President of the Society for Conservation Biology (2009-11).
His main scientific interests are on a) the social ecology of carnivores, particularly wolves and bears on which he has been working since 1972; b) patterns and models of species distributions based on GIS tools; and c) planning and conservation of protected areas, with emphasis on Africa and Europe where he has contributed to the management plans of more than 25 national parks. He has lectured widely in North America and Europe.
He has been member of the IUCN’s SSC and WCPA since 1973 and has served as member of the SSC Steering Committee since 1994. He is the Chair of the Large Carnivore Initiative for Europe, a SSC Specialist Group that is a regular advisor to the European Union on carnivore conservation issues. He is President of the Fondation Segré in Geneva. He is author of more than 320 scientific papers, 10 books and 80 technical reports. 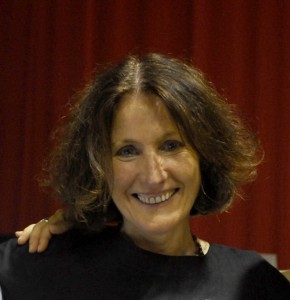 Pat Monaghan has spent most of her scientific career at the University of Glasgow, where she is now the Regius Professor of Zoology (the first woman to hold this positon since the chair was established in 1807). She did her PhD at Durham University on the problems associated with urban gulls, which included studies at nesting colonies and of the transmission of disease. Following further studies on gull demography and behaviour, Pat then worked on the effects of food shortages on seabird populations, and the conflicts between seabird conservation and fisheries management, involving projects on several seabird species at colonies in northern Britain and Norway. She then began studies on the effect of early life conditions in shaping individual life histories, which involves studies at many different biological levels including physiology and molecular biology. Her work is mainly or birds and currently focuses on trade-offs between growth and longevity, and the mechanisms driving effects that can span whole lifetimes. In addition, Pat has long term interests in environmental and species conservation, and in this context has been involved in a long term study of choughs in Scotland with several other colleagues, and in committee work with several government agencies and charities. Pat is also a keen proponent of women in science, and is involved in a number of initiatives in this sphere, aimed at both established and younger researchers. 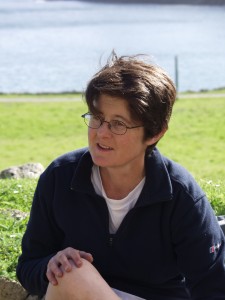 Josephine Pemberton is Professor of Molecular Ecology at the University of Edinburgh. She is known for her involvement in two long-term, individual-based studies of wild vertebrates: red deer on the Isle of Rum and Soay sheep on St Kilda, and for pioneering methods for estimating genetic relationships in natural populations, including genetic parentage analysis to recover pedigrees and more recently, genomic approaches. Genetic relationships between individuals have allowed for a variety of important issues in ecology and evolution to be addressed in her study populations, including understanding and quantifying the determinants of individual fitness, estimating selection on and the heritability of traits and predicting their microevolution, understanding the maintenance of genetic variation and quantifying the impact of inbreeding depression. In other studies her group have documented the gradual introgression of Scottish red deer by introduced Japanese sika genes. She is interested in wildlife management issues, having sat on the Deer Commission for Scotland Board for five years and having recently published, with Scottish Natural Heritage, a booklet for deer managers on deer management messages arising from the Rum deer project. She is a very strong proponent of long-term studies and much exercised by the challenges of maintaining raw field data collection. 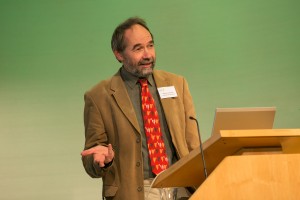 William Sutherland, BES President and Conservation Science Group, University of Cambridge.
Bill Sutherland first attended the BES conference as an undergraduate and well remembers the excitement and inspiration of that meeting. Since then he has gained enormously, both academically and socially, from the society. He was thus delighted to reciprocate when asked to be president.
He holds the Miriam Rothschild Chair in Conservation Biology, University of Cambridge, is a Professorial Fellow at St Catharine’s College, an Associate Fellow of the Cambridge Centre for Science and Policy and is on the Management Committee for the Centre for the Study of Existential Risk. He has written six books, edited five others and published over 400 scientific papers.
He was awarded the Marsh Award for Ecology, Scientific Medal of the Zoological Society London, Marsh Award for Conservation Biology, Ecological Engagement Award of the British Ecological Society and the Distinguished Service Award of the Society for Conservation Biology. He is on the Advisory Committee Synchronicity Earth, Natural England Science Strategy Committee and Natural Environment Research Council Science and Innovation Strategy Board.
He is particularly interested in developing new means of linking science and practice. While much of this is relates to conservation biology some of these methods have been used for a wide range of other topics including international development, global food security and the future of Antarctic research.
Thematic Topics

Predicting the future: Ecological forecasting in a changing world
Chris Clements, The University of Zurich, Switzerland
The ecology of disturbance in a conservation context
Jeroen Minderman, University of St Andrews, UK

We are pleased to announce that the full programme is now available to view online via our Annual Meeting App!

You can also download the full programme in PDF. 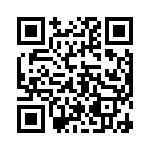 Read the 2015 AGM Agenda here. Our BES Annual Report 2015, which is a 12 month retrospective of the activities and initiatives of the Society.

The BES is pleased to announce our 2015 sponsors:

This year our annual conference will be at the ACC, in Liverpool