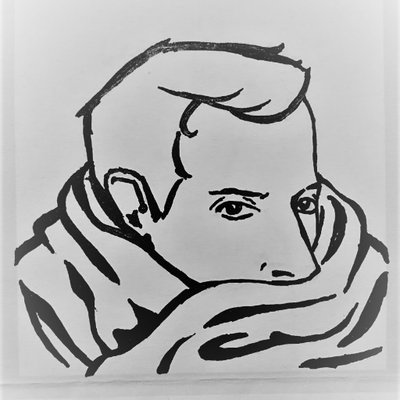 We all have some memory or other… good or bad. One memory of mine, from early during my PhD isn’t my memory at all, yet is especially memorable. Getting ready, I knew I needed to wear makeup that night. I call myself a “mood-dresser”: simply, I only feel comfortable in the “right” clothes. This varies from slouchy through smart to androgynous, sometimes including makeup. This Christmas party was unremarkable, until recently. A good friend of mine recently gifted me one of her memories: as I left the minibus at my stop, a Professor leaned to her to say how pleasing it was seeing me grow from an uneasy bachelor student, into the self-assured person I was that night. It’s heart-warming.

This memory probably sums up my academic experience. I’ve never (knowingly) been victim to hate or discrimination, and my peers have been accepting. Case in point: during the recent UK general election, I stayed up all night watching results roll in. To pass the time, I glittered myself: nail polish, eye shadow, glitter beard, sparkly clothes. Following a pleasing shattering of the Tory majority, I was (unrelatedly) invited to dinner with my group and a potential fellowship candidate. I pre-warned them of my appearance, but went out for dinner as I was, not a blink of an eye from anyone.

I’ve been lucky. Discrimination does happen. Then again, I’ve been affected in small ways, which non-LGBTQIA may not consider. I’ve often chosen not to apply for jobs based in places I know to be hostile to gay people. I plan during my current fellowship to attend the LGBTSTEMinar, but I questioned whether to include this in the application in case of a hostile reviewer. When presenting about my involvement with the women in STEM initatives, I’ve felt my heart beat faster and my face flush as I come out to a room full of people by telling them that like women, I as a gay man also lack senior role models. These are small issues hurdles, affecting some more than others. Some LGBTQIA people will have far more limited opportunities: think for example how hostile the majority of the world are to trans people.

Work isn’t the whole story: our work choices affect our life choices. On the one hand, my sexuality has benefited me as I’ve moved around Europe. Wherever I am, there’s a group of like-minded people who are easy to reach. At work, LGBT+ people often gravitate towards each other, and I’ve met some of my best gay friends at work. Outside of work, I have found friends through local LGBTQIA organisations, clubs, bars and apps.

On the other hand, as I’ve taken good jobs in small towns, dating has been hard. Dating in a small town is difficult at the best of times, but when your dating pool is limited to an estimated 1-2% of the population, I can tell you it’s far more difficult. At 30, I guess this means I’ve sacrificed an important part of life for work, which would be a smaller issue for a heterosexual person. I want my next position to be somewhere bigger, but in academia we usually don’t have the luxury of choice. I often contemplate moving out of academia for this among other reasons.

I hope I can one day be the Professor in the back of the minibus, proud of my students… and covered in glitter.