BES member Scott Xavi Gudrich asks ‘Do we have an obligation to make ourselves visible?” 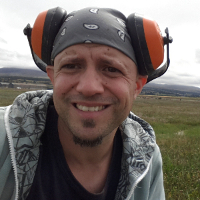 This article has been a long time coming… I am a Marine Scientist, the gender I live in is different from the one assigned to me at birth, but this is not something I now usually think about a whole lot. I also happen to live with a same-sex partner. First love, been together for 30 years this year, ever since we were 13, but I have never identified or associated with the gay community – I fell in love with a person, not with a body.

So basically, I am fairly “diverse” but to all and sundry I will now seem like a white academic middle-class man. Over the last couple of years, this has been starting to bother me more and more. Ever since founding my own science communication charity, The Plover Rovers, earlier this year, I have been thinking a lot about visibility: I want to actively play a part in diversifying science, I want to make the charity a welcoming and supportive place for volunteers of all cultures, genders, makes and models. But it all feels a bit hypocritical if I don’t put myself out there because then people will just see a white, male 43-year old academic running a charity and showing an interest in diversity.

How can we support those still struggling with their transition if we remain invisible?

We have recently assessed our internal diversity and have found that 15% of our volunteers live in a gender different from the one they were assigned at birth. That is quite an impressive number. And again, it made me think of visibility: Do those of us who have the choice to either tell people or to not tell them – because, seriously, no one will ever know if we don’t go to a nudist beach together! – have an obligation to make ourselves visible? How are others supposed to realise that we are not as rare a breed as they might think? Most of my friends would probably say “Oh, I don’t personally know any trans people!” How can we support those still struggling with their transition if we remain invisible?

I remember how important it was to my 13-year old self when I saw a young trans guy on TV, explaining his journey. 30 years ago, this brave person made a huge impact on my life and helped me tremendously (cheers, Mark, wherever you are!). Now, I am currently planning a webinar on diversity with some of our volunteers to chat about personal experiences related to not being part of the “majority”, and I have come to the conclusion that I need to own up and talk about my experiences – it’s just that I haven’t really made any. I don’t even really know the “correct” wordings used by the LGBTQIA community and I am somewhat concerned that I might unwillingly insult someone by using wrong terminology. But maybe, I thought, this is exactly the valuable grain of salt I can add: Just because you happen to “technically” belong to a collective (“trans”, “gay”) doesn’t mean you have to identify with this label. 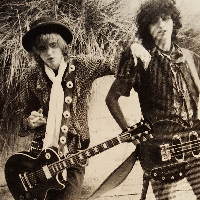 You can, but it’s not mandatory. You don’t have to put a rainbow icon behind your name on your Facebook profile. It doesn’t mean that being trans or having a same-sex partner has to be a central part of your identity. You have the right to define or not to define yourself through these particular labels. As an old punk rocker, I never did very well with labels anyway! I always resented being pigeonholed and I still do. The idea of revealing a tiny aspect of my personality and people then thinking they automatically know what I’m all about repulses me.

Then I realised, though, that, naturally, people always assume something about other people based on their initial impression of them. And I began to ask myself if I’m happy for them to assume I am a “regular” guy, one of those white male academics who breeze through life, now even Director of my own charity. Someone for whom discrimination may be something they are passionate about fighting but which they have no real first-hand experience with (0% of all biological males we surveyed reported discrimination based on gender, compared to almost 66% of females and 71% of gender-diverse people!). Well, come to think of it, no, I most certainly am not!

So here I am, awkwardly trying to somehow become visible while avoiding categories…

So here I am, awkwardly trying to somehow become visible while avoiding categories… I did, of course, experience discrimination and other obstacles along the line. There were teachers at school who were deadnaming me constantly (back in the early 90s there wasn’t much awareness around the topic!), that was one of the reasons I emotionally disconnected from schooling and eventually dropped out. There were “toilet incidents”. There were unsupportive or simply overwhelmed parents and there were psychologists who wanted to “treat” my “condition”.

Luckily, though, I was a punk and a rock musician and as such I was living outside of society anyway. The creative ambient allowed a lot of space for the creation of alternative personas and by the time I actually started transitioning physically, at 21, I had already been living in my appropriate gender for around 8 years. I had experienced precarious working conditions in illegal jobs due to not having papers (or rather not showing the ones I had to anyone), the physical pain that come with being a singer/guitarist with a tightly bandaged chest and the emotional stress of having to hide my body but I had hardly ever been openly discriminated against, simply because I did a great job of “being a dude” and my surroundings in the rock scene of Hollywood were such that looking extremely young and androgynous was considered an ideal rather than a disadvantage.

When I went back to school at 23 and later on to university, my physical transition was such that if I didn’t choose to reveal my story, no one would know. So, I didn’t. I just blended in with the males. I therefore can’t really talk about my own experiences as a trans gender person in academia as I so far haven’t made any. I can’t even really talk about how I inwardly dealt with the “issue” because it simply ceased to be an “issue” as soon as my voice broke and I didn’t have to bandage my chest anymore. That was literally all it took to solve my problems. I do recognise that I have been very fortunate in many ways: I always had my partner to share the load, I had a pretty supportive family. I was brought up in a very unorthodox way and never was bothered by “not fitting in”.

Now I want to take the next step and actually help others who still are on their way – I want to be visible and show people that it’s OK to be a non-standard trans person. It’s OK if it’s not a focal point of your everyday life to be trans. It’s OK to live with a same-sex partner and not identify as “gay”. It’s OK not to be an LGBTQIA activist (I’m an environmental and animal rights activist myself, as this has always been the cause closest to my heart) and to never have set foot in a PRIDE parade (definitely not my kind of music and I hate crowds). It’s OK to just be you and you can demand acceptance for that.

Your choices don’t stop as soon as you realise you need to live in a gender different to the one you were assigned at birth or if you happen to fall in love with someone of the same sex – you are still in control of who you are, who you want to be, what your priorities are. You do not have to fulfill anyone’s wishful thinking!