We hold a wide range of events, from large-scale conferences to panel debates and focused workshops, bringing together ecologists and policymakers. 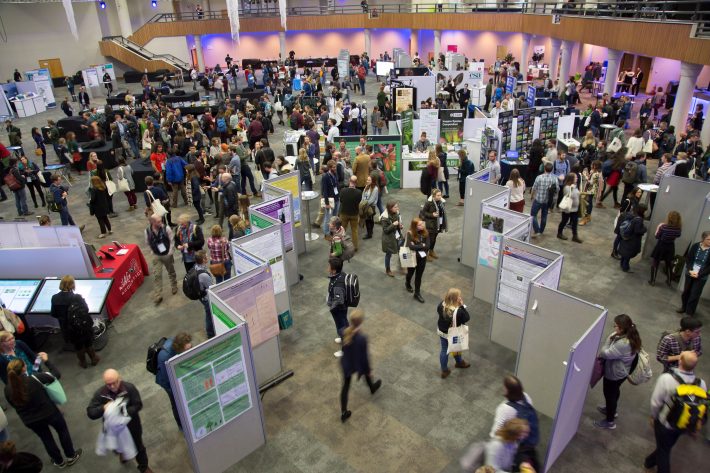 Protected areas and beyond

On 20th April 2016 the British Ecological Society’s Scottish Policy Group ran a ‘Pie and a Pint’ (PAAP) event on the topic “Beyond Protected Areas”. The document presented here is a note of the main themes and points raised during the evening’s PAAP discussion; it is not a minute of the meeting but hopefully accurately captures the balance of ideas and opinions presented.

The event started with introductory thoughts from four speakers:

Following on from the presentations, the attendees split into four groups; the four speakers rotated between the groups every 10 minutes. The discussion from each group is written up in the report note.

Making a difference in conservation: Improving the links between ecological research, policy and practice

This symposium brought together the ecological research community and those involved in policy and government, to assess the value and applicability of a range of techniques for improving the decision making process. By working together, we aimed to enable delegates to get greater impact from their research, and to improve policies and practice.

Our workshop at the 2016 Annual Meeting explored the tensions between biodiversity conservation and a focus on ecosystem services, in the context of Scotland’s 2020 Challenge for Biodiversity.

People, Politics and the Planet: Any Questions

Hosted by The Sibthorp Trust, The British Ecological Society and the Chartered Institute of Ecology and Environmental Management (CIEEM).

People, Politics and the Planet: Any Questions brought together a panel of leading politicians to debate their environmental policies ahead of the 2015 UK general election, chaired by Jonathan Dimbleby.

Book now for People, Politics and the Planet 2016

Download People, Politics and the Planet: Any Questions pdf

The second Scottish Biodiversity Science conference focused on the theme of Monitoring in action.

All presentations from the conference can be downloaded from the Biodiversity Scotland website.

Members of the BES Scottish Policy Group, staff from the Scottish Government and Scottish Natural Heritage, convened to discuss emerging issues with implications for both research and policy.

Top 10 tips for effectively engaging and communicating with policymakers

Our training workshop enabled participants to generate an understanding of the UK policy environment and equip them with the appropriate skills to effectively communicate their science to policymakers.

Biodiversity offsetting: what does the science say?

Download Biodiversity offsetting: what does the science say? pdf
Page: