The British Ecological Society awards an annual prize to the best paper by an early career researcher in each of the Society’s journals. The winner of the Early Career Researcher Award is selected by the Editors of Ecological Solutions and Evidence at the end of each year and an announcement is made early in the following year.

The Early Career Researcher Award is given each year to the best Research Article in the journal by an author at the start of their career.

In the absence of extenuating circumstances, ‘Early Career’ is defined as less than 5 years post- Ph.D. or -D.Phil. according to the date of the author’s graduation certificate, or less that 5 years work experience in environmental management according to the start date of first employment role. The winner of the Prize Early Career Researcher Award will receive £250, membership of the British Ecological Society, and have the registration fees covered to attend the BES Annual Meeting in the UK if they wish to give a presentation on their work.

Ecological Solutions and Evidence will also be awarding a prize to the best Practice Insight article by an early career practitioner. Career stage is defined by the same criteria as the Early Career Researcher Award. The first From Practice Article Prize will be awarded to an author of a Practice Insight article published in Volume 1 or 2 of the Journal, and will be announced in 2022. 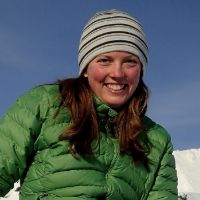 While the American black bear (Ursus americanus) is a species of least concern, a phenotypic variant of the subspecies, Ursus americanus kermodei, is not only the thing of legend, but has a very restricted geographical distribution. The ‘spirit bear’ is a completely white bear, which is not albino, and is cultural important to indigenous populations that inhabit coastal British Columbia , Canada. With only about 400 spirit bears believed to exist and questions about how this white colour is maintained genetically, it is crucially important to understand their population and degree of protection from resource extraction and trophy hunting.

In this study, Christina Service and colleagues use data from Indigenous-led research in the territories of the Kitasoo/Xai’xais and Gitga’at First Nations to identify that the allele responsible for spirit bears is up to 50% rarer than previously estimated. Further, they indicate that geographic hotspots, where the spirit bear allele was especially prominent, lack adequate protection from resource extraction such as industrial logging. The research provides new insight into our understanding of this rare polymorph and provides an opportunity for further collaboration with Indigenous Nations in the area to grow the evidence-base and attend to gaps in conservation planning.

The journal’s Editors were impressed with the authors’ incorporation of, and collaboration with, indigenous knowledge and people to further their understanding of a culturally important species. Editor-in-Chief, Marc Cadotte, also highlighted the authors’ fantastic use of multiple techniques, describing the study as a superb example of combining observational, genetic and spatial information to provide unparalleled information for species conservation.

Christina grew up in coastal British Columbia, where the research was conducted, and pursued a career in applied ecology to help inform stewardship of the landscapes she cared about, as well as having the opportunity to spend time in these places. The prize-winning research was part of her PhD –  which she successfully defended in 2019 – and her research team is continuing to build upon this work to produce population estimates for spirit bears within the broader black bear population. This information, combined with the research in ESE, will be used for long-term monitoring of spirit bear populations in coastal British Columbia.

Find the winning article as well as the shortlisted papers for the 2020 Ecological Solutions and Evidence Prize in this virtual issue.