The 2022 UN Biodiversity Conference (COP15) will unite world leaders in Montreal, Canada to agree on a new deal to protect nature. It has been delayed three times due to the covid-19 pandemic, a crisis which highlighted the importance of a healthy relationship between people and the environment. While the UN Climate Conference (COP27) rightfully made the headlines, less attention has been paid to COP15. So what’s the background to this meeting and what’s on the agenda? 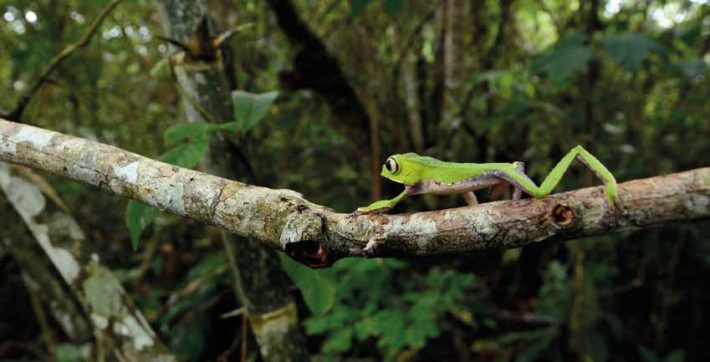 What is the UN Convention on Biodiversity?

The United Nations Convention on Biological Diversity (CBD) is an international treaty that was signed at the Rio Earth Summit in 1992, and entered
into force in December 1993. Its purpose is to protect species and ecosystems, recognising this as a ‘common concern of humankind’. The Convention has three main objectives:

The CBD has two main supplementary agreements that help to implement these objectives:
• The Cartagena Protocol on Biosafety (2003) governs the movements of modified organisms resulting from modern biotechnology between
countries
• The Nagoya Protocol on Access and Benefit Sharing (2014) provides a transparent legal framework for the fair and equitable sharing of benefits arising out of the utilisation of genetic resources

The Conference of the Parties (COP) acts as the supreme decision-making body of the CBD, meeting to review implementation of the Convention. All 195 States that are Parties to the Convention are represented and decisions are taken by consensus. Consensus decision making differs from the simple majority voting process, as agreement between all Parties must be reached. This means that any Party can block a decision from moving forward, which helps to create an equal platform for negotiation and avoids the will of the majority superseding the minority. However, it often results in the lowest common denominator determining the outcome of decisions.

The CBD COP usually takes place every two years, unless circumstances require the Parties to meet earlier. COP15 is taking place in two parts: Phase 1 took place virtually in October 2021; an initial meeting organised to provide interim advice for preparation for Phase 2, which will take the form of an in-person meeting in Montreal, Canada from the 7-19 December. It was originally scheduled to take place in Kunming, China, but was changed due to the strict Covid-19 restrictions still in place in China.

“As one global community, let’s set the scene for action that will allow us to build back better, and take the actions needed for a sustainable future” – Ms. Elizabeth Maruma Mrema, Executive Secretary of the CBD 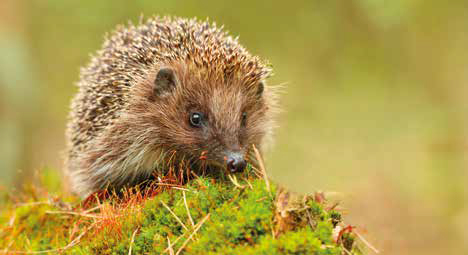 What are the main issues on the agenda?

The UN Decade on Biodiversity has ended, and a replacement is needed for the CBD’s Strategic Plan for Diversity 2011-2020, which included the 20 Aichi Targets. Progress towards these has been largely unsuccessful; though there are local examples of biodiversity increasing, globally it is declining at unprecedented rates.

At COP15, Parties will negotiate the Post-2020 Global Biodiversity Framework which will set out a plan to halt biodiversity loss by 2030 and achieve the CBD’s 2050 vision of ‘living in harmony with nature’. It is clear that an ambitious ‘Paris Agreement for Nature’ is needed to transform Society’s relationship with nature and address the challenge of protecting the natural world while also feeding the growing global population.

Regional consultations on the framework were held in 2019, and the 2020 UN Summit on Biodiversity in New York created opportunities for stakeholders to discuss key issues outside of the formal negotiation process. Last year a draft version was published by the new framework’s dedicated working group, containing 21 targets and 10 ‘milestones’ for protecting biodiversity. Parties will be expected to update their National Biodiversity Strategies to achieve these.

NBSAPs are the principal instruments for implementing the Convention at a national level. The Convention requires that countries provide a national biodiversity strategy that is included in planning for all activities. The UK was the first country to produce a NBSAP in 1994 and since then the UK’s devolved nations have also submitted information through this mechanism.

The Scottish Government is leading the ‘Edinburgh Process’ in partnership with the CBD, which involves consulting with sub-national and local governments around the world on their role in the post-2020 framework and targets. The outputs of this process, which include the Edinburgh Declaration, will inform COP15 negotiations.

“Countries should shift the perverse subsidies that destroy healthy soils, pollute our water and empty the oceans of fish to those that incentivize actions to sustain nature” Antonio Guterres, Secretary General of the United Nations at Pre-COP in Colombia 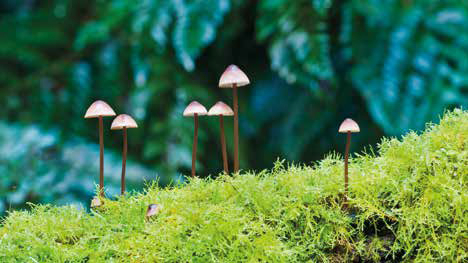 Longer term targets for 2050 include reducing the rate of extinctions by 90%, enhancing the integrity of all ecosystems and increasing the financial resources available to protect biodiversity.

However, experts have warned that some of these targets are unrealistic and difficult to measure, and that without funding and national accountability, the new framework will go the way of the Aichi targets and achieve little. The argument to enforce the framework as a legally-binding treaty is gaining strength; governments must set appropriate national targets and regulatory frameworks to ensure that the private sector shifts their business models to harmonise with nature.

Additionally, some Indigenous groups are wary of the proposal to protect 30% of land by 2030; ~80% of remaining global biodiversity is thought to be on Indigenous lands, and some previous efforts to create protected areas has resulted in eviction from their ancestral lands.

“It is also our hope that all people, regardless of race, gender, age, background and identity can contribute the best of their abilities to protect biodiversity…” – Mr. Huang Runqiu, Minister of Ecology and Environment, China

Indigenous and local community representatives who attend CBD meetings have formed the International Indigenous Forum on Biodiversity (IIFB). The IIFB’s objective is to facilitate effective participation of Indigenous Peoples at COPs and other environmental meetings, providing advice to governments and ensuring that Indigenous rights to knowledge and resources are respected. Participants in the forum receive capacity building and technical support for their work such as laptops and meeting spaces. The CBD Secretariat also developed a Traditional Knowledge Information Portal to enhance access to information on traditional knowledge, practices and innovations that are relevant for the sustainable use and conservation of biological diversity.

A Theory of Change is a thorough narrative and illustration of how and why a desired change is expected to happen. It defines long-term goals and then maps backward from them to identify necessary actions and requirements. The new framework is designed with recognition that it must be implemented in partnership with actors beyond governments; NGOs, Indigenous peoples and local communities, women’s groups, youth groups and the business and finance communities. Its theory of change assumes that targets of other international environment agreements are taken into account, progress is monitored in a transparent and accountable manner, and transformative actions are taken to deploy solutions to reduce threats to biodiversity, whist ensuring biodiversity is used sustainably to meet the needs of people.

There are several ways in which COP will engage with science and policy to guide its decisions. For example, the Subsidiary Body on Scientific, Technical and Technological Advice (SBSTTA) is an open-ended intergovernmental scientific advisory body which provides assessments of the status of biological diversity and respond to questions resulting from COPs. The CBD also engages with a number of other organisations, including the Intergovernmental Science-Policy Platform on Biodiversity and Ecosystem Services (IPBES).

Shining a spotlight on the biodiversity crisis

The link between biodiversity loss and climate change is undeniable and the power of nature-based solutions to climate change is increasingly being recognised. One of the key targets in the COP15 draft framework is to provide climate adaptation and a third of the annual reductions needed (at least 10 gigatonnes of equivalent carbon dioxide) to reduce global warming through ‘ecosystem-based approaches’, while not negatively affecting biodiversity.

There are also calls for COP15 to introduce a “ratchet” mechanism, whereby countries are required to regularly review and increase their national biodiversity targets. This is an idea borrowed from the climate process; at climate COPs, Parties are called upon to increase their ‘Nationally Determined Contributions’ (efforts to reduce carbon emissions).