I recently participated in a panel debate at Nottingham University that focused on 3 topical issues within biodiversity conservation: extinctions, invasions and re-wildings. 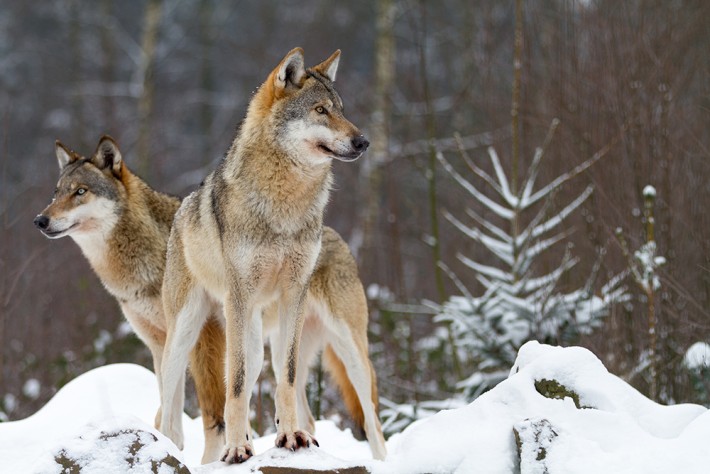 Panel members were a mixture of individuals from varied backgrounds including academia, policy and media. It made sure we had a range of perspectives for a lively debate! As we were encouraged to be controversial in our views I was intrigued to hear what the others on the panel were going to say. However, my focus was on Invasive Non-Native Species and the policies to address them.

From the outset I wanted to make sure we were all on the same page when referring to Invasive Non-Native Species versus all Non-Native Species. For our discussions we were focusing on those problematic species that are introduced by human activities and which can have significant economic, environmental, or health impacts. I then set the scene by using a number of maps produced by Carles Carboneras, a British Ecological Society (BES) member. The maps illustrate the effect that invasive species are having at the landscape scale. In terms of the UK it is clear invasive species are problematic with England being the worst affected. Another map of Germany and Austria predicts what the situation might be for alien plant invasion hotspots under climate change scenarios B2 and A2.

Should we eat our invasive non-native species?

It was a great debate that was made even better by having a very engaged audience who were clearly burning with questions; there was never a lull in proceedings. We heard from some of the panellists on how we should be making more of our management of invasive species and eating those that we can, for example rabbits or deer. It costs the UK tax payer nearly £2billion to manage invasive species so why not try and generate revenue from those that there is no hope of eradicating and which are edible? This is something I have subsequently discovered as being popular in America particularly with invasive crab and crayfish.

Others gave us a long term view of species evolution and how species come and go with time, asking the question of whether we should get so concerned when a species goes extinct. Does it matter if a non-native species fills the niche of an extinct native species?

Do ecologists and social scientists work closely together enough?

One message that did become apparent during discussions is that there is a difference between how ecologists perceive they are carrying out conservation work and how social-scientists think ecologists are conserving the environment. It seemed as though the perception of ecologists from some of the social scientists was that they want to conserve nature without human impact i.e. fortress conservation. To me this is an outdated perception of how conservation is carried out in the UK.  Another comment insinuated allowing people to reconnect with the natural world. Again, while I agree this is needed, I also feel a lot of effort is being made to encourage and enable this already. Therefore, ecologists and social scientists need to work more closely and learn more from one another. This message of a multi-disciplinary approach to research and policy development is one I have heard a few times since starting with the BES.

How are we going to meet all our conservation policy objectives?

After the debate I spoke with a third year undergraduate who was amazed by the number of differing views even from a small panel.  And while on one hand we were chosen and encouraged to have differing views, this does show how hard it can be develop meaningful environmental policies. For example, there are often a number of different objectives being set for any one parcel of land, which can lead to conflicts when trying to realise these objectives. This goes back to Rob Brooker’s recent post on how many Scotland’s would be needed to meet all the objectives set out in the Scottish Land Use Strategy.

Even though we had a fun time debating the merits of eating invasive non-native species, introducing bears and wolves back into the UK, or not worrying when we lose a species – there are serious policy implications associated with these topics. How do we meet all these different environmental policy objectives without leading to conflicts, disappointment or un-sustainable conservation actions? In England for example, will the proposed 25 year Environment plan give us a framework to manage these competing aims?

What are your views on how to align the many different environmental objectives we all hold?  Get in touch and let us know what you think.