Insects are called ‘the little things that run the world’ but are said to be declining globally – can we risk losing them? Watch this panel recording to find our the latest on this vital and contentious issue. 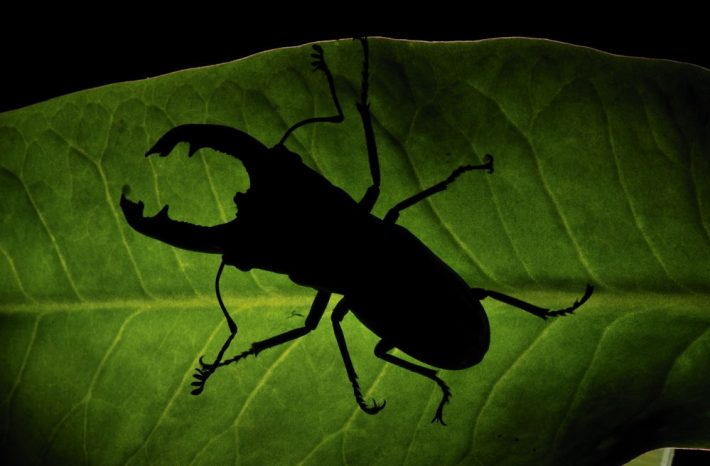 News headlines in recent years have proclaimed that over 40% of all insect species are in decline, and many approach extinction. But are these numbers correct? Is the reality better, or even much worse, than we think?

Entomologist, broadcaster, and author Professor Adam Hart leads a panel debate of international insect experts to discuss these headlines, crunch the numbers and analyse the fact and fiction behind global insect extinction. 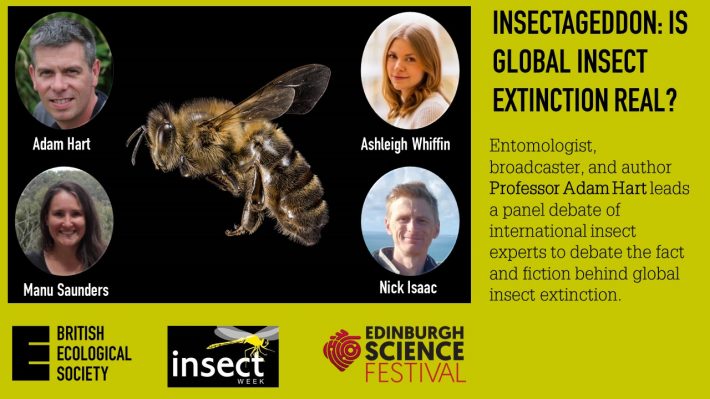 Adam Hart is an entomologist, Trustee of the Royal Entomological Society, and Professor of Science Communication at the University of Gloucestershire. As well as research and teaching, he is a regular broadcaster for BBC Radio 4 and the BBC World Service, presenting documentaries on topics from trophy hunting to tree diseases. He has also presented the weekly science program Science in Action for the BBC World Service. On television, Adam has co-presented several documentary series, most notably BBC4’s Planet Ant and BBC2’s Hive Alive. Adam is also an author of many popular science books, including ‘Unfit for Purpose: when human evolution collides with the modern world’

Dr Nick Isaac is a macroecologist at the UK Centre for Ecology & Hydrology. His research team develops methods for the analysis of biodiversity data, including for unstructured occurrence records and for biodiversity indicators. His research describes trends in biodiversity and investigates the causes of these trends, mostly using data on UK invertebrates.

Ashleigh Whiffin is Assistant Curator of Entomology at National Museums Scotland, responsible for the care and development of the insect collection, containing approximately 2.5 million specimens. Her research focuses around carrion ecology, specialising on Carrion Beetles (which are vital for the decomposition of vertebrate remains), for which she also co-organises a National Recording Scheme for. She works closely with several entomological groups to promote her subject, including working with the Royal Entomological Society’s Outreach & Development committee and is the current Chair of Edinburgh Entomological Club; and internationally, she is co-communications officer for the Entomological Collections Network.

Dr Manu Saunders is a Lecturer in Ecology at the University of New England, Armidale, Australia. Manu has published critical articles about the widely reported ‘insect apocalypse’. Her research focuses largely on how insects create links between habitats and people, and how land use changes and agricultural management influences biodiversity and ecosystem processes at local and landscape scales. Manu is also a science communicator, and founder of ‘Wild Pollinator Count’, a non-profit organisation promoting evidence-based conservation of native pollinator insects across Oceania. 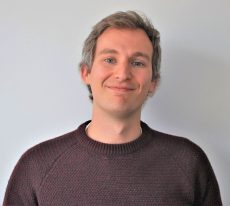