By Ruth MitchellBiodiversity and Ecosystems Group Lead, Plant and Soil Ecologist at the James Hutton Institute

The Scottish Policy Group had it’s 10th Birthday at the end of last year. As we can’t celebrate in person (yet!) we decided to celebrate throughout this year. One of the ways in which we will celebrate is through a series of blogs spotlighting members of the SPG Committee and key people involved in making SPG the success that it is today. We start off this series with a spotlight celebrating SPG and reflecting on Dr. Ruth Mitchell’s time as Chair.

Where did it all start? Find out more in Ruth’s blog below… 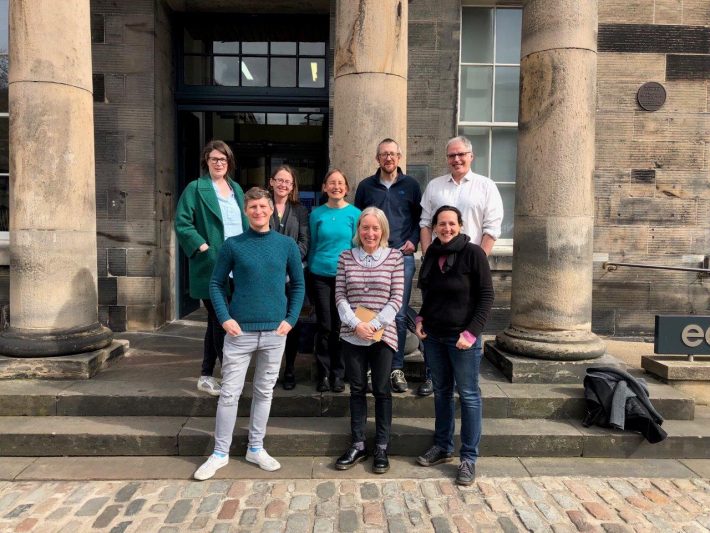 Ten years ago, Rob Brooker was in the initial stages of agreeing the formation of the BES Scottish Policy Group (SPG), today I have just stood down as BES-SPG’s second chair and looking forward to seeing SPG continue to go from strength to strength. So how did it all start? What have we achieved? This seems an appropriate time to have a look back. I’ll leave the forward look to Izzy Jones, our new chair, as we continue this series of blogs.

Where did we start?

SPG was the brainchild of Rob Brooker, who while on BES policy committee found himself constantly saying “it’s different in Scotland”. At the time BES focussed its policy work on its interactions with the Westminster Government, yet for BES members in Scotland most of the policies related to ecology are a devolved matters. So, with agreement from BES HQ and a willing band of volunteers SPG was formed with the overall aim of “promoting the use of ecological knowledge in Scotland”. Early on in our discussions with members and stakeholders the point was made very strongly that we should be Scottish “of and belong to Scotland”. This desire, be of benefit to both members in Scotland and Scottish policy makers, has remained central to SPG.

While there may have been some initial nervousness within BES at this new type of group, that wasn’t a SIG, staff at BES were great at allowing us to experiment as we worked out what worked and what didn’t. By the time I took over as chair, the advantages of having a SPG were clearly visible, as was the ease with which it was possible to talk to policy makers directly due to the smaller number of people involved compared to Westminster. We slowly started to put SPG on a slightly more formal footing – formalizing our committee structure and developing a vision and strategy. I have never been a fan of meetings that develop strategies and visions, and yet I suddenly found myself organising one. It was a very relax affair with the committee sat outside in the sun with tea and cake – the first two lessons we rapidly learnt were tea and cake are essential for all discussions and more seriously that as we were all doing this voluntarily, we had to make it fun and enjoy it, even when it was hard work.

‘Pie and a Pint events’ (PAAPs) were one of the first activities SPG undertook. These informal discussion events cumulating in a pie and a pint have provide excellent opportunities for discussion of many thorny issues, in an open atmosphere. Looking back these have grown from around 20 people to sell out events at over 45 where we’ve had to limit numbers. The range of topics we’ve covered have been diverse including the use of social media, offshore renewables, sustainable land management post Brexit, rewilding, and whether a natural capital approach delivers for biodiversity conservation. We’ve always tried to represent a range of viewpoints and more recently have tried to host these events not only in Edinburgh but also in other parts of Scotland to make them more accessible. While the lock-down has meant we can’t meet face to face, nor enjoy our pies and pints together, it has increased our engagement, allowing many more to attend from across the country, as the events have moved on-line.

I could go on enthusing about the many and varied events: training days, policy breakfasts where we showed the results of satellite tagging MSP’s…!, policy lunches at Victoria Quay, and the insights members have gained from our shadowing scheme. You may say I’m biased and I probably am – but the various blogs on our web site are testimony that others have enjoyed and benefited from these events too. However, I’d like to conclude by focussing on three areas where I think we have really grown in the last 5 years.

Firstly, we established the post of Scottish Policy Officer, it was a significant milestone when the work done by SPG, and the opportunities in Scotland was shown to be sufficient to justify a BES staff member based in Scotland. Having Maggie on board opened up many new opportunities for us, for example more engagement with SE LINK, organising the shadowing, meet the scientist in the field events. After a 3 year trail, BES were able to make this post permanent and we were very excited to welcome Sarah to join us last year – we’ve not forgotten we owe her a welcoming tea and cake as soon as we are able to.

We’ve started to respond to Scottish Governments consultations – these always seemed very daunting to me – so many questions, and I was convinced I didn’t know anything useful. Maggie quickly showed us that we didn’t have to have answers all the questions and that many hands really do make light work. My couple of sentences with reference to a paper I’d published that helped answer one question within a consultation, rapidly became part of a much fuller response once other members had contributed all their little bits too. SPG became recognised for providing an independent assessment of the evidence, without campaigning for any particular viewpoint. When we got direct invites from the Scottish Government to a) respond to the Grouse Moor Management stakeholder questionnaire as part of a selected consultation and b) help organise a citizen jury on ‘Agriculture and Land Use: Public Money for Public Goods?’ I felt that SPG was being recognised as significant player in the policy world in Scotland.

The final area where we have seen real growth in the last 5 years is the greater involvement generally by BES in devolved policy across the UK. Its great to see similar groups being set up in Wales and Northern Ireland, and PAAP events being hosted across the UK. The success of BES in engaging in devolved policy is now being noticed by other organisations who are wanting to do similar things – well done BES.

The success of SPG is due to the support, encouragement and advice provided between members, the committee, BES HQ, and the various policy makers and government officials we have interacted with.  Our science can be as great as we like but without these relationships and the real sense of community that there is, we will neither support ecologists to understand and get involved in policy making, nor support policy makers in understanding ecology.  While getting involved in policy may take a little bit more time and thought – it is hugely rewarding. So, thank you all, to the very many folk that have been involved in SPG in so many ways over the years.

In pre-covid days we had planned to have a party or event of some sort to mark our birthday, while an in person celebration may not be possible I hope you will join me in raising your glass to wish SPG:

“A very happy birthday and many years of successful engagement with ecological policy in the future”.

2021 has been dubbed the super year for nature, but what does this mean for science policy in Scotland?

Bethany Chamberlain, BES Policy Officer has written a blog on her experience of the Policy Training event held by SPRE and SPG in September!