Hello Dr Expert, can you tell me about EDI?

There is now a popular avenue to discuss diversity but too often minority scientists are asked to talk solely about EDI, rather than the subject they are an expert in. 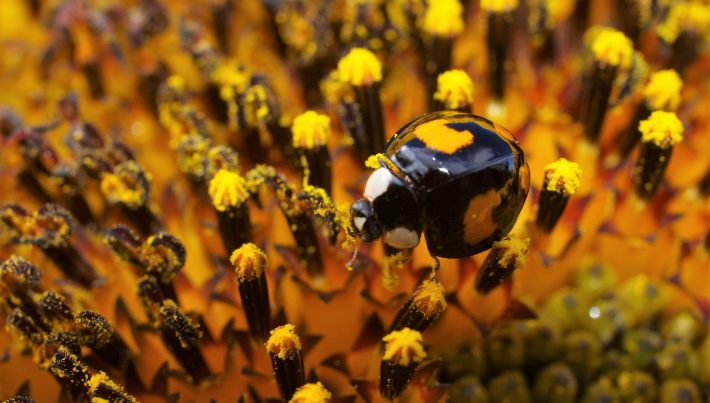 Science is facing a diversity challenge. The environmental sciences are the second least diverse field of all UK sectors; and ethnic minorities make up 14% of the UK population, yet only 3.1% of environmental professionals identify as ethnic minority, compared to 19.9% for all other sectors. This distinct lack of representation is exacerbated by moving up the corporate/academic ladder, with a recent report stating that less than 1% of UK professors identify as black.

Now, in spite of these statistics, one might still ask “why is that such a big issue?” Unfortunately, these particular statistics tell the numerical story of how a culture of microaggressions and ignorance can be fostered. If further examples are needed to demonstrate how a lack of diversity at the top has implications for everyone, look no further than the infamous ‘Davidgate’, where more Davids were awarded project funding than women by NERC in 2021. Yep, you read that correctly.

As of this moment, institutions and people are waking up to these facts, and in some spaces equity, diversity and inclusion (EDI) training is compulsory before a person can start a job. In fact, in many of these cases, ethnic minority people are asked if they would like to deliver EDI training at conferences and give workshops because, who better to deliver training than the ones it might benefit most, right?

Albeit with good intentions, somehow this effort often misses the mark. Having these conversations is great, however, the issue is not that these talks are being had, but rather that far too often minority ethnic experts are sought out to talk solely about EDI, rather than the subject they became an expert in. Take Professor Chris Jackson, formerly of the University of Manchester and Imperial College London, the first black scientist to give a prestigious Christmas Lecture. Rather than the rhetoric surrounding this being about his achievement, news articles clamoured to highlight how he was the first black person to reach this milestone. Further, when being interviewed about the lecture, instead of focusing on his achievements, it often became a conversation about societal issues that prevented others like him getting to this pinnacle. Chris has spoken of occasions where he was invited to give talks on racism in science, but not in his actual field of expertise, geology. Now, could you imagine a similar situation where a distinguished white professor of anything not related to their daily experiences was asked to give a talk on those issues, and not what they became renowned for. Can’t think of an occasion? That’s probably because it would never happen. It seems to be a condition unique to ethnic minorities that means there is an expectation to talk about how we got here just as much as what we do.

So, what is the solution?

Just because there is a popular avenue to discuss diversity doesn’t mean that minority scientists are suddenly less qualified to talk about science.

When asking scientists to come and give talks about EDI, one might consider bundling this opportunity together with a scientific guest lecture (if logistically possible). When asking people to take time out and give a talk on these topics, consider making this a paid opportunity, at consultancy rates (or equivalent). Once again, hosting these talks is great, but if the only people of colour talking at the event are talking about EDI, that doesn’t bode well for addressing the issues the training was made for. Diverse perspectives make for diverse solutions in our pursuit of sustainability.

This article was first published in our membership magazine, The Niche, as part of the REED Network takeover, Autumn 2020.

Green jobs and a blue economy

Green jobs and a blue economy

Iterative engagement and clear communication are key if we want our science to be heard by decision makers.

READ MORE about Green jobs and a blue economy
Are humans separate from nature?

Are we exempt from ecology? Sarah Dalrymple explores how our anthrocentric behaviour has permeated ecological science.

READ MORE about Are humans separate from nature?
Allyship, inclusion and identifying privilege

The REED Network explore ways to handle challenging conversations and encourage effective allyship in the workplace.