A group of active BES members make up the BES Scottish Policy Group (BES-SPG), and we work to promote the use of ecological knowledge in Scottish policy making. We do this by highlighting how ecological knowledge can help policy makers come to informed decisions, and by supporting expert scientists involved in all levels of Scottish policy making. The SPG acts as a hub for ecologists and policy makers, and we run a number of events to encourage interaction and understanding between both. You can read more about what the BES-SPG do and how to get involved here.

In this blog we thought we’d introduce ourselves a little more, as it takes an active bunch of people to bring ecologists and policy makers together, and keep all our SPG members informed about the latest developments in Scottish policy. The SPG has dozens of members and is headed-up by a dedicated committee to keep things running smoothly.

Rob Brooker, Chair of the SPG

Rob Brooker leads the Committee as Chair of the SPG. He is a plant ecologist at the James Hutton Institute, Aberdeen, with research interests including plant-plant interactions in severe environments and (recently) crop systems, and the impacts of climate change on biodiversity. Rob is also chair of the Science and Technical Group for the Scottish Biodiversity Strategy. He was a member of the BES Council, and an ordinary member of the BES Policy Committee. Rob is very interested in trying to understand how biodiversity policy-making works, and from this figuring out how ecologists can better engage with this process. When not trying to get to grips with policy making, he enjoys being outside when the sun is shining and staying in to read books when it’s raining. In December, Rob will move into the Secretary/Treasurer role and Ruth Mitchell will take over as SPG Chair. 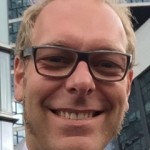 The Vice Chair of the SPG is Nils Bunnefeld, based at the University of Stirling. Nils’ research interests encompass the conservation and management of social-ecological systems. He uses a combination of empirical data collection and modelling to investigate the interaction between human decision-making and the dynamics of ecological processes. In order to do this, Nils focusses on developing models and approaches to integrate ecological, social and economic data and theory, to assist conservation and management of natural resources. 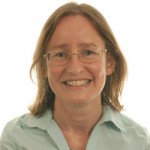 Ruth Mitchell is currently the Secretary/Treasurer of SPG and will take over from Rob as Chair of the SPG in December. Ruth has been a BES member for the past 20 years, being on the BES council from 2010-14, and now working with the SPG. Ruth is a plant and soil ecologist, and like Rob, works at the James Hutton Institute in Aberdeen. Ruth works on assessing the impacts of e.g. pollution and land management on biodiversity, as well as on plant-soil interactions, and habitat restoration. Applied research has always been an interest of Ruth’s, and trying to make research relevant to land managers and conservationists. More recently, Ruth has begun to see how important it is to make research relevant to policy makers as well, and to be part of the two-way flow of information between scientists and policymakers. 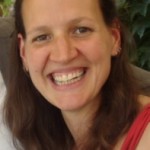 Next we have our Policy Committee Representative: Juliette Young is a political scientist at the Centre for Ecology and Hydrology, Edinburgh. Juliette began her career as a zoologist, studying the tiger parts trade in India, fig wasps in the Cook Islands, and chimpanzees in Sierra Leone. Juliette’s current research blends the natural and social sciences, working on public attitudes towards biodiversity, conservation conflicts and the role of stakeholder engagement in nature conservation. Her interests also include the interface between scientists and decision-makers. As a proud member of the BES and SPG, Juliette is the link with the BES  Policy Committee, of which she is also a member.

Martin Ford is an elected member of Aberdeenshire Council where he takes a particular interest in environmental aspects of the Council’s policies and service delivery. Martin serves on the Council’s Education, Learning and Leisure Committee and Sustainability Sub-Committee and is a board member of the North-East Scotland Transport Partnership. 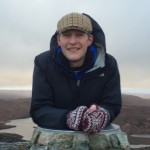 The SPG also has a number of early career researchers on its Committee. One such is Chris Pollard, who will take over the role of Early Career Researcher Rep. (a role currently filled by Danny Heptinstall, University of Aberdeen). Chris is a conservation science PhD candidate at the University of Stirling and investigates conservation conflicts in Scotland. Conservation conflicts commonly involve multiple stakeholder groups including those working in government and elected representatives. Increasing communication and understanding between scientists and policy makers is a fundamental way to manage existing conflicts or even avoid them before they happen. Chris is excited to be a part of the SPG and the work it is doing to promote relationship-building between ecology and Scottish policy making. 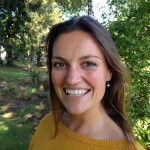 Another early career researcher on the SPG Committee is Isabel Jones. Isabel is also a PhD candidate at the University of Stirling, where she shares an office with Chris now she’s back from field seasons in the Brazilian Amazon and Panama. Isabel works on the biodiversity and carbon storage impacts of hydroelectric mega-dams in tropical forest regions, linking ecology with international development policies. Isabel has always focussed on applied research, and while her research and policy experiences are predominantly international in nature, she is keen to develop her understanding of conservation policy making a little closer to home! Isabel recently joined the SPG and now heads up the Communications team, working with Hannah Grist and Sam MacNab to develop Communications both within the SPG, and between the wider community of ecologists and policy makers in Scotland.

Hannah Grist is a postdoctoral researcher at the Scottish Association for Marine Science, Oban. Hannah works as part of the UK-wide ‘Capturing our Coast’ project, that aims to support thousands of citizen scientists to survey rocky shores, in order to determine baseline data on marine species ranges and investigate potential effects of climatic changes. Prior to this Hannah was working for RSPB Scotland as an education manager in city-centre Glasgow, and so Hannah has experience of a full range of different environments across Scotland! Hannah’s policy interests are predominantly marine, including seabirds, fisheries and marine protected areas. She is also a strong advocate of citizen science and public outreach, and looks forward to being part of the SPG communications team. 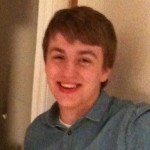 Sam MacNab is also working on SPG Communications whilst completing his BSc in Ecology and Conservation at the University of St. Andrews. Throughout his studies, Sam has developed an interest in the science/policy interface and is particularly interested in the challenges of sustainable food production. Sam has worked as a zookeeper at the Five Sisters Zoo and as a public educator at Edinburgh Zoo, giving talks, handling sessions and running social media accounts. Sam has built his research experience by assisting an ecologist at the Centre for Ecology and Hydrology and a scientist at the Scottish Oceans Institute, and by working on a PhD research project investigating the distribution of Scottish seagrass species. Sam looks forward to working on SPG Communications and welcomes ideas for blog topics from SPG members!

Like the sound of us and what the SPG do?

The SPG are a very welcoming group and are always keen to involve people. If you’d like to get involved with the SPG, you can do so here. We’re also on Twitter and Facebook, and will be blogging regularly with exciting news about science policy in Scotland!

The Scottish Policy Group (SPG) are Celebrating 10 Years! As part of our virtual celebrations were doing a series of blogs style interviews.

The Scottish Policy Group (SPG) are Celebrating 10 Years! As part of our virtual celebrations were doing a series of blogs style interviews.