Mike Morecroft discusses the highlights from the UKCP18 launch and the implications of the report. 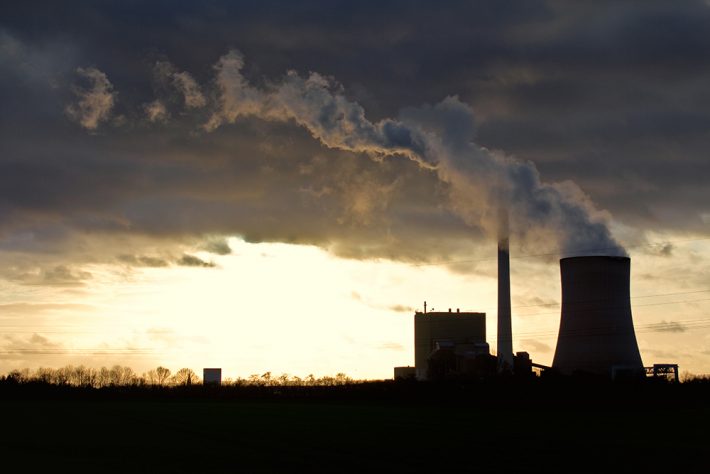 On Monday 26 November I arrived bright and early at the Science Museum in London for the launch of the new climate change projections for the UK (UKCP18).  The last set was published in 2009 so it is quite a landmark event.

The projections take a number of scenarios for how emissions may change in the future, so-called Representative Concentration Pathways (RCPs) used by the Intergovernmental Panel on Climate Change.  These range from low to high emissions over the coming decades.   For each RCP there are a wide range of modelled projections, to reflect uncertainty in different elements of the climate system (an ‘ensemble’ approach).  In many ways, the results are similar to the 2009 projections: we can expect to experience higher temperatures, drier summers and wetter winters.  The precise numbers for changes in temperature and rainfall vary, but they are in the same ballpark as the last set of projections, which is reassuring that the underlying science is sound!  The headlines in the media presented the possibility of 5.4°C increase in summer temperatures by the 2070s.  It is worth saying that this reflects the 90th centile (highest 10%) of possible projections with the highest emission scenario, so hopefully the UK will not get that warm.  However, it is a salutary warning, as we are currently on a trajectory which is close to the highest emissions scenario in UKCP18, so it is by no means impossible.  That level of warming would transform Britain into a very different place and the impacts in many other parts of the world would be catastrophic, so the need for action on greenhouse gas emissions is urgent.  There is a lot of detail in the new projections which will take time to assess, however, one important change is that the projected rise in sea level has increased compared to 2009.  London is expected to see a rise of between 0.29m and 1.15m by 2100.  Further datasets will be released next June and I’m particularly excited to see what difference it makes when the projections go from 12 km scale, as they are at present, to 2.2 km scale.  At that scale the role of the land surface can be modelled more explicitly and the effects of climate change on convective rainfall, which produces the most intense storms, can be investigated.  For ecologists working on climate change, both the present release of data and the next one will be a treasure trove, especially for modelling ecological impacts.

The launch event started with a speech by Defra Secretary of State, Michael Gove.

It was a speech packed with content, delivered at high velocity before a swift departure for a Cabinet meeting.  As an ecologist I was pleased that the natural environment featured extensively, both in terms of its vulnerability to climate change and its potential to contribute to adaptation and mitigation.  As emissions from electricity generation come down, more attention is turning to other sources of emissions, including degraded ecosystems, such as peatlands.  It was good hear the minister announce a ‘new task force, to generate new solutions for repairing lowland peat and build consensus among farmers, conservationists, and academics’, which is a very welcome step and not before time – eroding peat soils are not sustainable in any sense.  The Secretary of State also reaffirmed that the new Environmental Land Management System will address climate change adaptation and mitigation and the government’s commitment to tree planting.  That wasn’t news, but it was good to see a senior minister giving it his personal endorsement.  There weren’t a lot of new spending commitments, but there was some money for re-establishing mangroves in developing countries, which is good for carbon and helps to reduce coastal flooding, which is an increasing risk with rising sea levels.  From the point of view of many people and communities, increased flood risk from wetter winters, heavier rain storms and rising sea levels, is the most immediate climate change threat to the UK and unsurprising this was an important element of the talk.  Again it was good to see recognition for ecosystem based approaches, for example creating wetlands to hold water back in catchments or buffer shorelines and restoring natural water courses to slow the flow of flood water towards towns and villages.  The other thing I’m sure most BES members would be pleased by was Gove’s explicit recognition of the importance of science to good policy-making.  As a public sector scientist that’s particularly reassuring to me!

So, what’s the significance of this?  The launch coincided with the 10th anniversary of the passing of the UK Climate Change Act with overwhelming cross party support.  There was never any doubt that this government accepts the science of climate change, although it was good to see the minister give a well-informed account of it.  The big question is whether we as a society are doing enough to tackle it both in terms of mitigation (reducing emissions) and adaptation (adjusting to change).  ‘Not yet’ has to be the answer. Michael Gove set out the right direction, but the UKCP18 projections show how important it is that this translates into action on the ground and quickly. The differences between high and low emissions scenarios widen as the century goes on, but the actions necessary to keep on the lower track need to happen now.  That’s a challenge to the government, but also to all of us.

You can read the speech for yourself here https://www.gov.uk/government/speeches/michael-gove-speech-on-uk-climate-change-projections and the projections have their own website: https://www.metoffice.gov.uk/research/collaboration/ukcp