*This campaign is currently looking for organisers and participants!*

The aim of the initiative is to examine the susceptibility of a characteristic grassland plant, the cowslip, to the loss of semi-natural grasslands. Heterostyly is a fascinating plant trait where two (or in some species even three) different types of flowers exist in the population. In plant species with two types of flowers, such as cowslips and its relatives, about half of the individuals in a plant population produce flowers with long style and short anthers (L-morphs), whilst the other half have short style and long anthers (S-morphs). 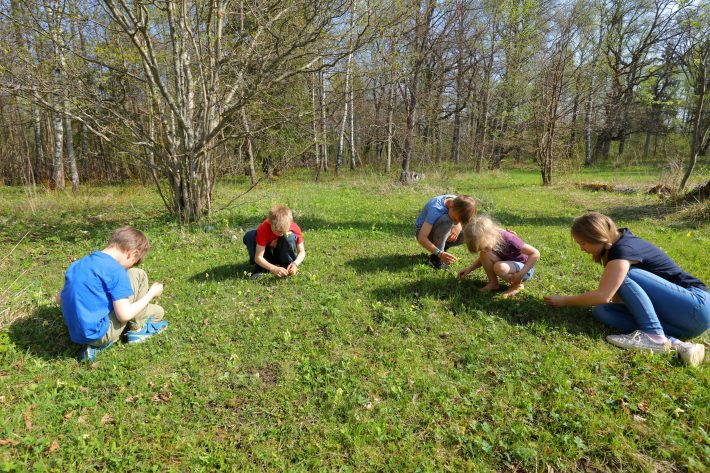 The significance of heterostyly was figured out by Charles Darwin who in his autobiography wrote that “no little discovery of mine ever gave me so much pleasure as making out the meaning of heterostyled flowers”. He realizes that such positioning of anthers and style helps to secure pollination between different plant individuals, which is vital for maintaining long-term viability in plants. However, such a ‘complex marriage’ works well only when the frequency of L- and S-morphs in a population is equal.

Drastic loss of semi-natural grasslands accompanied by the decrease of pollinating insects may lead to deviations of S- and L-morphs from equal frequencies. This makes cowslips susceptible to habitat loss. The ratio of S- and L-morphs in a population thus indirectly points to the ‘health’ of cowslips and other insect-pollinated grassland plants.

The citizen science project ‘Looking for Cowslips’ aims to map the ratio of S- and L-morphs of cowslips all across Europe. The morph type of hundreds of thousands of cowslips were observed in the pilot studies in 2019 and 2020 in Estonia. These studies indeed suggest that in many populations different morphs are far for being equal. Increasing the geographic scope of the study would help to explain whether the mating of this iconic plant, cowslip, is really suffering due to human-induced landscape change.

Join us in organising the campaign in your country or be ready to participate in spring!

Find out more on the looking for cowslips website.