The Weals, Woes, and Weaponisation of Gayness in Ecology 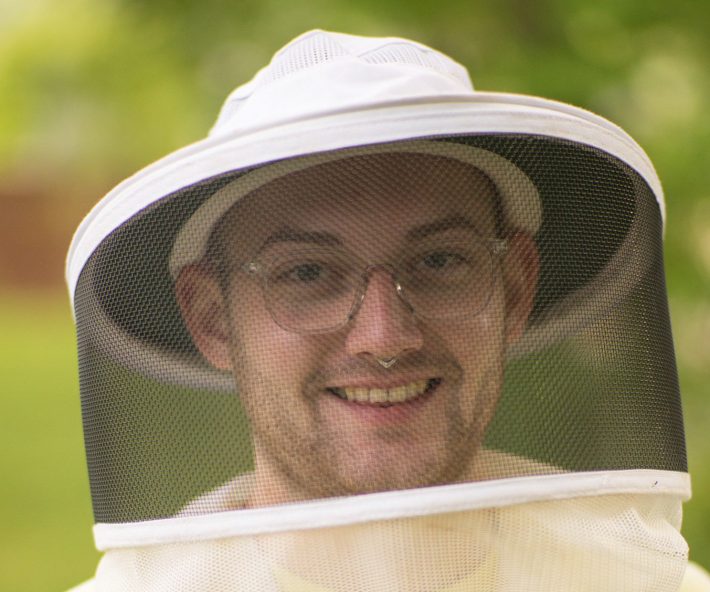 I’m an early career researcher in evolutionary ecology. I help save bees and help beekeepers by studying what the infectious diseases that plague bees are doing.

“His father Claude, the first duke, was a tall and taciturn man who was keen on hunting. Louis de Saint-Simon was the opposite; garrulous, much shorter, and preferring life indoors.”

Whilst a beautifully coded way to note a historical figure was doubtless a rampant homosexual, not all gay men prefer life indoors. Many of us take to catching insects or trudging through river water to fill the inexorable need of understanding the ecological world. However, navigating both the wilds of the outdoors and the savage wilderness of academia can be fraught with challenges for the proverbially glittered.

Lots of people don’t like gays. In extreme cases, its a major barrier to ecological research. Conferences are held in countries where we are actively persecuted. Field sites are often remote, in conservative regions where being a gay man puts you at risk. Plenty of countries promote state-sanctioned persecution of gay men, and plenty of other regions allow it to be doled out by local communities regardless of the law. Even in places like the USA (where my field work takes place) it was necessary to put some details on my risk assessments:

You never know when the next queer-bashing might occur, and medical treatment in America is too expensive to take the risk of not covering it on my health insurance documents. This sort of thing might seem extreme, but without frankness we’ll never address the disproportionately few out gay men in our academic circles. Representation matters, and young gay ecologists won’t remain in our field if they can’t see enough people who represent them. But visibility in this way comes with a price.

Lots of people don’t know they don’t like gays. One of the most powerful inclusivity talks I attended was by Iain Stott, former BES early-career board member, who opened with the following:
“I am biased. You are biased. Everyone in this room is biased. And admitting that is ok.”

Unconscious biases can be the most insidious precisely because we don’t realise they’re manifesting. Academic hegemony of how to teach, how to present, how to speak or act or network, doesn’t include queer styling. That leaves those of us who can’t or won’t deny our unmitigated fabulousness vulnerable to being ‘othered’ – unconsciously discredited because we don’t represent what people expect of an academic ecologist. This is an unfortunate truth. But where there is a risk, there is reward.

I recently waxed-lyrical (#QueerEyeForTheModernSci) about how being memorable, or stylistically noteworthy, or garrulous (like our 18th century French noble) stands you in such better stead to network. Being flamboyant, or genuine, or shamelessly camp elevates your talks. I know this because one of the most challenging but most worthwhile accomplishments of my PhD was learning to weaponise my gayness. Wear that floral print. Rock that honeybee necklace. Mince about the conference and prance as you deliver a flamboyant talk. You’ll be remembered, engaged with, and maybe a couple of younger or nervous gays in the audience will see a spark of themselves legitimised at the front of the room.

A fantastic BES staff member, friend, and mentor of mine told me that at EAB 2017 my style was lacking. I was nervous, and I reigned in what they called my ‘natural flair’ (another one for Anthony’s coffee table book). I knew that some benefits lay in my overt gayness, but having a mentor formally tell me how much that style contributes to my teaching validates the weaponisation I’ve worked hard to achieve. I worked hard because I wanted my students, or my colleagues, my mentees and even mentors, to see someone unashamedly thrive as a gay man in ecology – regardless of the woeful hurdles we might face. Such too, is the purpose of this short read – which I hope you have all enjoyed, and a few of you might have benefitted from.