The first few months of 2022 saw several consultations on environmental reforms in England. This Green Paper set some of the keystone post-Brexit reforms, and the BES policy team response laid out a series of suggestions to ensure that reforms deliver more effective site and species protection. 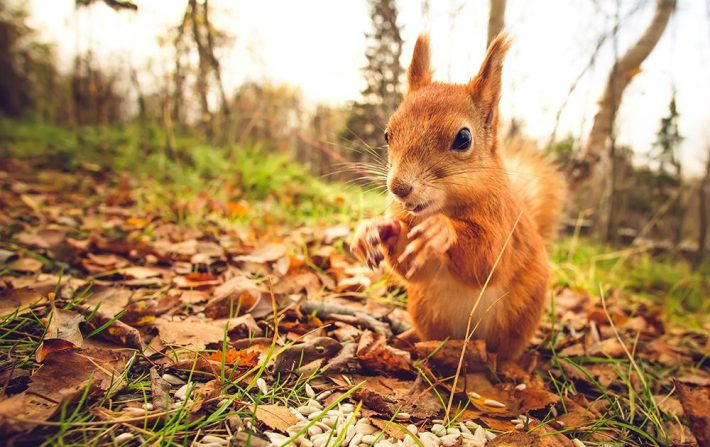 In March of this year, the UK Government published the Nature recovery green paper: protected sites and species. This set out the policies that the Government plans to use to achieve the aim set out in the Environment Act 2021 to halt the decline in species abundance by 2030.  The Green Paper covers a range of proposed reforms, but of most interest to the BES are suggested changes to species protection legislation, changes to the designation, management and enforcement of protected sites, and the potential roles of the Nature Recovery Network and other effective area-based conservation measures (OECMs) in meeting the government pledge to protect 30% of land and sea by 2030 (30×30). The BES recently published a report on the current and potential effectiveness of protected areas and OECMS in the UK, in the context of the 30×30 target.

The BES Policy Team responded to the consultation on the Green Paper, discussing the evidence surrounding these changes and whether they represented progress towards biodiversity protection and nature recovery in the UK. The BES raised several concerns about these policy proposals that were expected to represent a turning point in the emphasis placed on, and the resources allocated to, environmental protection and nature recovery.

Too great a focus on streamlining

One of the major motivations for reform is stated to be that the ‘environmental regulatory landscape for protected sites and species has become too complex’. Proposed changes aim to reduce the number of protected site designations and provisions for species protection.

Whilst the BES is not opposed to simplification, the priorities should be to create more protected areas, improve management of sites and strengthen protection of both sites and species. We believe that there is too great an emphasis on renaming, reorganising and streamlining existing structures, rather than actually improving the effectiveness of protection. Action must be swift to meet the targets proposed by the Government for 2030 and 2042 in the consultation on Environmental Targets.

If reform does go ahead, we suggest a series of principles that should be followed to help ensure that new legislation is effective. These include that that no sites or species should have their level of protection removed or downgraded and that any new species protection must be flexible and adaptive. The proposal in the Green Paper for species protection is for a three-tiered system, where all species in each tier receive the same protections. We believe that this is inappropriate because species in the same tier will face different threats and therefore have different conservation needs. The protection must be tailored to each species to ensure that it is effective and crucially there must be scope to protect threatened species’ habitat within any new legislation.

The BES strongly urges that all environmental policy should be led by science and evidence, and there are a few proposals in the Green Paper that are not necessarily driven by this principle. First, making the protected site system simpler does not necessarily make it more ecologically coherent and effective. The designated site system should move from representative to comprehensive and use systematic conservation planning to identify priority habitats for protection in terms of biodiversity, connectivity and resilience. This process should follow the principles of ‘more’, ‘better’, ‘bigger’ and ‘joined up’ that were proposed by the Lawton report.

Currently, Natural England has the power to notify Sites of Special Scientific Interest (SSSIs), protected sites created to protect important habitats, species or geological features based on a science-based set of criteria. The Green Paper suggests that the sole power for designating protected sties should lie with the Secretary of State for Environment, Food and Rural Affairs, but giving a Minister a final say means that the evidence-based process used by Natural England can be overruled. Any power given to the Secretary of State to designate protected sites should be additional, and not substitutive to the competence of Natural England in this matter so that terrestrial designations should continue to be led by science.

Integrating the new and the old

To achieve both of these suggested changes, the amount of resources allocated to management, enforcement and monitoring must be increased. Recent evidence has shown that current levels of monitoring are hugely inadequate, and Natural England and other bodies do not have the staff or resources to meet current requirements, never mind expanded competencies and obligations. The government suggests that private sector investment could play an important role in funding nature conservation, but research into sustainable development and climate funding has indicated that public funding is often the most effective solution, both in terms of outcomes and cost-effectiveness. We argue that public funding will always need to have a major role in supporting nature protection and restoration. There have been many attempts to correct the market failure of ecosystem services being treated as externalities, where people and organisations receive benefits from the natural world but do not pay to maintain them. Mechanisms such as carbon markets attempt to internalise these services, and ensure people pay to offset their emissions or other damaging activities, but  almost all of these have encountered challenges that have seriously undermined their activities. Public resources to protect and restore nature need to be significantly increased in the UK along with efforts to stimulate private investment.