The UK government has published a key piece of policy to tackle the climate crisis entitled ‘Net Zero Strategy: Build Back Greener’. What role will ecology play in efforts to get to net zero? 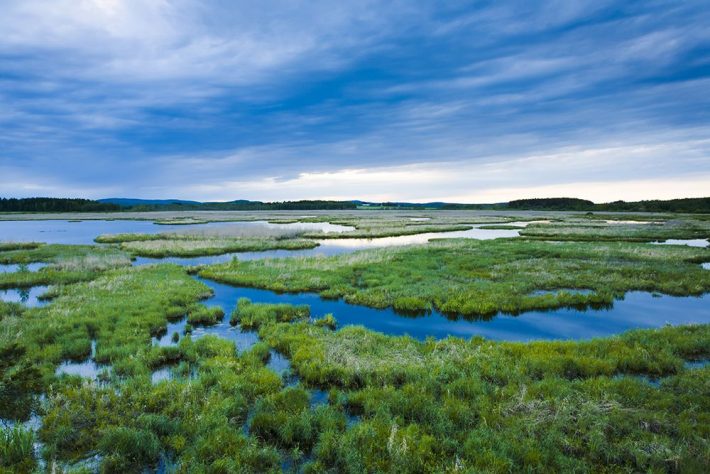 In the build up to COP26, governments around the world are setting out new plans to attempt to keep the goal of restricting warming to 1.5˚C within reach (if you would like an introduction to COP26, the BES’s Scottish Policy Group has produced a guide to the conference).

The UK government has just published its roadmap for ‘net zero’ emissions by 2050, as required in the 2008 Climate Change Act, entitled ‘Net Zero Strategy: Build Back Greener’. This sets out the principles that will guide action, and the specific targets and policy in different sectors of the economy. What place does ecology have in this key document, which covers all emitting sectors of the economy?

What is net zero?

A target of net zero means that greenhouse gas (GHG) emissions are reduced to as close to zero as possible and the remaining emissions are absorbed by natural sinks (vegetation and soils) or technological solutions (e.g. via carbon capture and storage technologies). This is because we do not currently have the ability or technology for all sectors to fully stop emitting. The concept of net zero has been criticised by some high profile academics for moving emphasis away from emissions reductions and encouraging the idea that we can continue to burn fossils fuels and some unknown carbon capture technology will fix the climate in the future.

The Net Zero Strategy will be the cornerstone of UK’s efforts to tackle the climate crisis. In general, the Strategy lays out the business and economic case for moving to net zero and not the environmental case, with only brief mentions of improvements in biodiversity and wellbeing.

For example, acting early to create extensive green industries is justified on the grounds that it will create jobs and economic growth, and allow the UK to develop expertise that will be in demand globally. The primary reasons cited for moving from fossil fuels to other sources of power in domestic contexts are lower consumer bills and protection from international energy price volatility. Most of the references to the linkages between the climate and biodiversity crises come in the ‘International Leadership and Collaboration’ section.

The role of ecology in net zero

International environmental policy is increasingly recognising that the climate and biodiversity crises are inseparable, and we need to tackle them together. For example, the IPCC and IPBES have recently released a joint report discussing linkages between the two.

Ecology is essential to tackle both crises, and to both aspects of net zero, emissions reductions and carbon sequestration. With regards to emissions, agriculture, forestry and other land use (AFOLU) made up 12% of UK net GHG emissions in 2019, and therefore more sustainable land use management practices will be key to reduce emissions

On the sequestration side, ecology is crucial to designing nature-based solutions (NbS), which seek to protect or enhance nature in a way that helps tackle climate change and other challenges, while benefitting biodiversity and improving human wellbeing.

Ecology in the Strategy

Despite the central place of land use and management to achieving net zero, the Strategy is quite light on detail in this domain. AFOLU are grouped with waste and fluorinated gases, in a chapter entitled ‘Natural Resources, Waste & F-Gases’ (NRWF). Of the six broad economic sectors, this one is expected to reduce emissions by the lowest amount by 2035 from 1990, at 39-51% and there is no exact roadmap like there is for the other sectors.

Some parts of the Strategy outline plans to reduce on-farm emissions. The Farming Investment Fund announced this year, will provide grants to purchase new technology and equipment, including slurry stores, to reduce emissions from fuel and chemical use.

However, the major part of agricultural emissions come from ruminant livestock. Despite this, there is no mention in the Strategy of efforts to change diets or reduce demand for meat. This is consistent with the principle that is fundamental to the whole Strategy of working ‘with the grain of consumer choice’, meaning that the government will avoid policies that force consumers to change their behaviour. The only method of tackling these emissions that is mentioned in the Strategy is the development of feed additives that can reduce methane production caused by ruminants.

In terms of carbon sequestration, the Strategy repeats the general structure of the Environmental Land Management schemes (ELMs) that will replace the EU’s Common Agricultural Policy. There is no detail on what sequestration actions the ELMs payments will reward, and it is uncertain when further information will be published.

The Strategy repeats the government’s aim of trebling woodland creation rates by the end of this Parliament. Whilst £500 million of the Nature for Climate Fund is earmarked for woodland creation up to 2025, further detail on funding sources is deferred, with the ELMs and private finance via the Woodland Carbon Code both cited as potential primary contributors.

The Strategy cites the commitment to end the use of peat in the amateur horticultural sector and the legislation to end ‘managed burning on protected blanket bog that is 40cm deep or more, unless covered by a licence’ as the most important actions to prevent further degradation of peatland. Burning, often done to encourage heather shoot growth as food for grouse, will still be permitted on around 60% of England’s blanket bog, as established by the England Peat Action Plan (2021).  The government also aims to restore 35,000 ha of English peatlands by 2025, with funding from the Nature for Climate Fund, and 280,000 ha by 2050. It has been pointed out that this is a relatively small proportion of England’s total peatland, estimated at around 1.42 million ha, of which 680,000 ha is deep peat.

There are brief discussions of NbS, and their potential to contribute to carbon sequestration, mainly focusing on tree planting and peatland restoration. ‘Greenhouse Gas Removals’ get their own section, including their inclusion within the UK Emissions Trading Scheme, but the section mainly focuses on technological and engineering solutions, rather than natural ones. A box within the NRWF chapter outlines the linkages between net zero and other environmental objectives, including biodiversity, water quality and natural beauty. Again, specific policy details on NbS, including targets for amounts of carbon sequestered, are deferred and left to the ELMs and the Local Nature Recovery Strategies that will be introduced in the Environment Bill.

The other part of the Net Zero Strategy that is relevant to the field of ecology is extra funding for research and employment. In terms of funding, there is a commitment to ‘spend £75 million on net zero related R&D across the NRWG sectors over the next three years’, as part of increases in R&D investment to 2.4% of GDP by 2027. This includes ‘the £9 million Natural Environment Investment Readiness Fund [which] is stimulating a pipeline of nature projects that can attract private sector investment’.

As well as research funding, there are references to ‘opportunities for upskilling, reskilling, and starting new career paths’. This is especially associated with NbS, the implementation of which require hydrology and ecology skills. However, there is little detail on how these will be paid for, with the Strategy instead stating that ‘long-term policy certainty’ will lead to private investments. The publication of this Strategy does clearly show the direction of travel in UK climate policy, and may therefore provide confidence to allow for investment in green jobs and skills.

All in all, the Net Zero Strategy is likely to lead to much bigger changes in sectors such as energy and transport than it does for AFOLU which are most relevant to ecology. The final structure of the ELMs and the Environment Bill in England, and their equivalent in Wales, Scotland and Northern Ireland, are likely to lead to more fundamental changes in how BES members work and what they research. Keep your eye on this blog for updates on those when they are published!