A common breakfast staple and cake ingredient – the humble egg – could help control outbreaks of bluetongue, a costly disease that threatens livestock around the world. Scientists have discovered that they can use ovalbumin, a protein in egg white, to track the midges which spread the virus from farm to farm. The findings – published today in the Journal of Applied Ecology – could make it easier to predict the spread of future outbreaks. 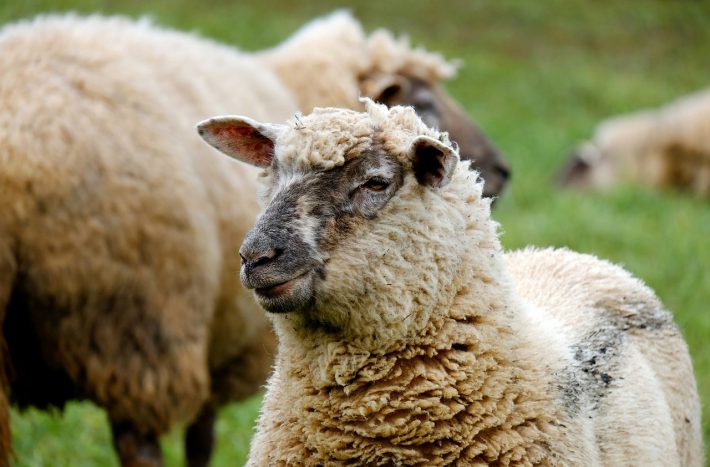 Bluetongue virus (BTV) causes bluetongue, a potentially fatal disease of sheep, cattle and other ruminants. Sheep are most vulnerable and there is no treatment. BTV is not contagious. Instead, it is spread between animals by tiny biting Culicoides midges.

Over the past 20 years, BTV has spread across Europe. Reported in the Netherlands, Belgium and Germany for the first time in 2006, it reached the UK, Norway and Sweden in 2007 and 2008. This was the most economically-damaging BTV outbreak in history, affecting more than 60,000 farms and costing hundreds of millions of Euros.

Controlling BTV is challenging. Because there are many strains of the virus, each requiring a specific vaccine, it can take time to produce enough vaccine. And there are major gaps in our knowledge of how far and fast midges fly, which makes it difficult to accurately predict how an outbreak will spread.

According to Dr Christopher Sanders of The Pirbright Institute, lead author of the new study: “Midges are too small to track by eye or with cameras or radar technology. People have tried capture-mark-recapture, but this is very hard work for small insects because so few marked insects are usually recovered.”

Instead, he decided to see whether ovalbumin marking could help. The technique, which has previously used to study crop pests, means that you can mark insects without needing to collect them, and the test is sensitive enough to show if even a single insect has been exposed.

At a barn on a farm in Southern England, Sanders and his team sprayed ovalbumin onto cattle dung and straw, where midges like to rest and breed. The midges pick up the protein marker when they emerge or land on the dung. The team then set up traps at various distances from the barn to measure how far the midges travelled.

During five such trials, they collected 9,000 midges. Some 600 were positive for the protein, and they had travelled up to 3.1km from the treated barn. “By combining this data with information from on-site weather stations, we found that midges had flown upwind and downwind towards the traps, and we think that a significant number are actively moving between farms,” he says.

The study – the first to measure how many midges might travel between farms – will help governments and farmers respond more rapidly to future outbreaks of BTV.

“We now have a much better understanding of the movement of the Culicoides midge species that transmits bluetongue. This means that we have the data to improve our estimates of the likely spread of bluetongue between farms,” says Sanders.

BTV does not affect humans, but causes respiratory, eye and foot problems in sheep and other ruminants. Although most animals survive, they lose weight, produce less milk and can suffer miscarriages and birth defects.

Scientists have described more than 1,500 different species of Culicoides, which occur throughout the world except for Antarctica, New Zealand and Hawaii. Female midges need a blood meal from an animal to produce their eggs, which they lay in damp organic matter such as animal dung.

As well as BTV, Culicoides also transmit epizootic haemorrhagic disease virus and Schmallenberg virus to domestic livestock and African horse sickness virus to horses. Only one virus, Oropouche virus, is spread between humans by midges in South America.

New research led by the University of East Anglia (UEA) highlights the areas in Europe and North Africa where the construction of wind turbines or power lines is likely to increase the risk of death for migrating birds.

Today the British Ecological Society (BES) has announced the winners of its journal prizes for research published in 2021.

READ MORE about British Ecological Society announces journal prize winners
Protected areas can be the beating heart of nature recovery in the UK, but they must be more than lines on a map

Protected areas can be the beating heart of nature recovery in the UK, but they must be more than lines on a map

A report by the British Ecological Society says that the UK government’s 30x30 commitment offers the opportunity to revitalise the contribution of protected areas to nature recovery.

READ MORE about Protected areas can be the beating heart of nature recovery in the UK, but they must be more than lines on a map