Protected Areas for nature: where will the extra 10% be?

The Scottish Policy Group and Edinburgh Conservation Science (ECoS) follow up webinar on Protected Areas took place at the end of last month. Daniela Russi, Senior Policy Manager at the BES summarised our event and provided some key messages. Find out more below! 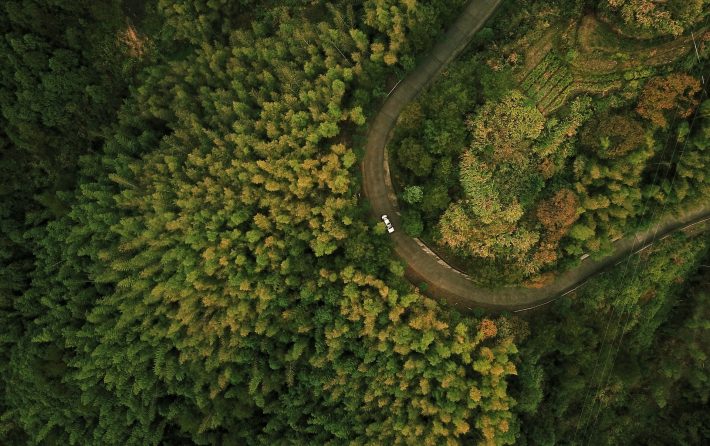 A very interesting and timely discussion on the future of Protected Areas (PAs) in Scotland took place (virtually, of course) at the end of last month.  It was organised by the British Ecological Society’ Scottish Policy Group and  Edinburgh Conservation Science (ECoS), as a follow-up to a  successful ‘Pie and a Pint’ event that took place in April. You can read the report from this event here.

The objective of the event was to discuss how to fulfil the Scottish Government commitment to protect at least 30% of Scottish territory, in line with EU and UK commitments, and also with the likely outcome of the next CBD convention in October. At the moment, about 20% of Scottish land is protected (admittedly with different levels of protection, management and funding). Where should the remaining 10% come from?

Prof. Jeremy Wilson (RSPB) explained that PAs can play an important role in conservation and can protect species that would otherwise decline or even disappear. However, after 70 years of PAs in the UK, their role and functioning may need to be revisited. Less than half of the PAs in the UK have been designated with nature conservation as a primary objective. In many of them the protection rules are limited, as well as the management, enforcement activities and funding.

The landmark report Making space for nature, led by Sir Lawton in 2010, reviewed English wildlife sites and concluded that in order to protect and restore biodiversity, English PAs needed to be: 1) more, 2) better managed, 3) bigger and 4) joined, in order to ensure habitat connectivity. A similar study has not been conducted for Scotland yet, but similar conclusions could be drawn about Scottish PAs.

Prof. Wilson made the following recommendations to improve the extent and condition of Scottish PAs:

Conservation policies should be framed to meet multiple objectives

Prof. Chris Thomas (University of York) stressed that the current biological world is a consequence of interactions between humans and other natural processes over the centuries. Human and non-human influences on the distribution and abundance of species, biological communities and ecosystems cannot be separated. Even PAs include land and ecosystems that have been modified for generations. For this reason, when discussing the designation and management of PAs, the focus should be on how to make nature protection compatible with the sustainable use of natural resources, rather than trying to go back to a pristine state, which in many cases is not possible. The objective should be to adapt to change, rather than trying to arrest it. According to Prof Thomas, in this context the 30×30 target may be misleading, because of the risk of being treated as a political goal, rather than a means to an end (stopping biodiversity decline).

Prof Thomas suggested that, rather than focussing on the 30×30 target, we should consider the territory as a whole and discuss what and who each area is important for, or, in other words, how biodiversity and human wellbeing can be enhanced in every location. Different objectives should be set for different areas and in various combinations, including biodiversity protection, maintenance of cultural landscapes, recreation, provision of different ecosystem services, sharing or rewilding of marginal farmland and creation of urban green spaces or novel ecosystems. Crucially, the objectives should be established through consultative processes involving both experts and the public. Together, they should establish the overall strategy, targets, actions, evaluation and reassessment processes of each area, as well as where it is more appropriate to resist change, accept it – or even facilitate it, when benefits outweigh negative impacts.

The Biocultural Heritage approach and the UNESCO Biosphere reserves

Biocultural Heritage (BCH) is one potential framework to put Prof Thomas’s approach into practice, as explained by Zoe Russell (University of Stirling). She is currently writing her PhD thesis on the Wester Ross UNESCO biosphere reserve in North West Scotland and recently researched the BCH approach in a UK context, during an internship with the Inherit Institute.

BCH is a framework for holistic approaches to conservation, landscape, heritage and development. It encompasses the interconnection of biological and cultural diversity over time, and supports culturally diverse practices, knowledges, values and governance forms, which benefit both people and biodiversity. In doing so, it recognises that the resilience of ecosystems depends on the resilience of local communities, their culture and livelihoods.

UNESCO Biosphere Reserves are sites where the BCH approach can be applied. They involve processes of participatory governance and aim to reconcile nature conservation with the sustainable use of resources. They are well placed to address multiple objectives at a landscape scale, but are often under-utilised and under-funded, such as the case with Wester Ross. Biospheres have three areas to address multiple functions including nature conservation in core areas, education and research in buffer areas, and a larger transition area, where people live and work sustainably. In Scotland there are currently two UNESCO Biosphere Reserves and research shows there is support for Biospheres as a modern approach to conservation, which are able to meet multiple environmental and societal objectives.

PAs can play an important role in modern conservation, but their effectiveness needs to be improved to ensure adequate protection to species’ ecological functions. In order to do so, it will be important that additions to the existing PA network are targeted spatially to prioritise irreplaceable habitats and synergies with climate objectives, and that the nature conservation focus in Natural Parks and other reserve types is strengthened. In addition, it will be essential to make sure that PAs have comprehensive management plans, clear targets and long term funding. Improving support for PAs amongst policy-makers and the public will not just be achieved by science, but also by telling stories about them and the spectacular species that they protect. Finally, PAs cannot achieve Scotland’s biodiversity objectives alone, and will need to be integrated with wider countryside land management measures, such as agri-environment and woodland management schemes.

Conservation objectives should be integrated into wider societal objectives and discussed not only among experts but also with local communities. A consultative process should be established to discuss the overall aims, actions, management and evaluation approaches of each area.

Finally, any discussion on the expansion and improvement of the existing PAs network must account for the role of people in biodiversity conservation. In this context, Biocultural Heritage is a useful conceptual framework to ensure a holistic approach to conservation with people at his heart.