Press Release: What will the wasp plague be like this year?

New research from Victoria University of Wellington has revealed the population of the common wasp is amplified by spring weather, with warmer and drier springs often meaning more wasps and wasp stings in summer.

The study, published today in the Journal of Animal Ecology, examined 23 years of data from New Zealand and 39 years from the United Kingdom, which included the annual Rothamsted Insect Survey. 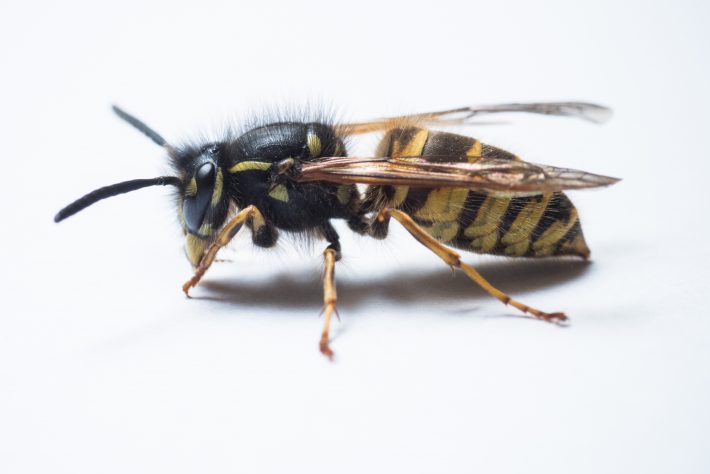 “This year we’ve had a really wet spring in many areas across New Zealand. These places that have seen a lot of spring rainfall could expect lower numbers of wasps than average this summer.”

“The average global temperature is rising each year. We are therefore likely to see more wasp abundance in the future as our weather gets warmer”.

“We saw this at Rothamsted in the United Kingdom. The area experienced a change in climate in the 1990s, and its warmer spring weather has resulted in considerably higher numbers of wasps.”

The study also found population densities for the upcoming year are heavily dependent on numbers from the previous year.

“If we saw a high abundance of wasps in one year, numbers are likely to be lower in the following year,” explains co-author Dr John Haywood from Victoria’s School of Mathematics and Statistics. “This is a relatively common way that insect populations change over time. We also determined that wasp populations don’t ‘cycle’—we can’t predict the abundance of wasps three, four or more years from now based on their current numbers. There is no predictable rise and fall of numbers over the long term.”

The invasive common wasp is a native species in the United Kingdom and became established in New Zealand in the 1970s. The insect is a major pest in both countries—in New Zealand it has been estimated to cost the economy in excess of $130 million each year.

Other authors on the study are Dr Michael Archer from York and Chris Shortall from Rothamsted Research, both in the United Kingdom.

The study was supported by the Marsden Fund managed by the Royal Society of New Zealand, as well as New Zealand’s Biological Heritage National Science Challenge, for which Professor Lester leads research into novel pest control technologies.

For more information contact Professor Phil Lester on 04-463 5096 or phil.lester@vuw.ac.nz.