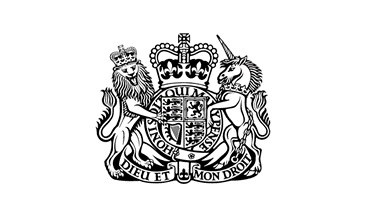 The Wildlife and Countryside Act 1981 is a key piece of environmental and conservation legislation in England, Wales and Scotland. Part I of this Act primarily serves to protect all birds, with certain exceptions, and particular threatened species from other taxa from intentional killing and harvesting. The Act also makes it illegal to damage or destroy nests or vital other habitat features, and to disturb these species while they are using them.

Every five years, the list of species protected by the act (set out in Schedules 5 for animals other that birds and 8 for plants and fungi) is reviewed by the Country Nature Conservation Bodies, i.e. Natural England, Natural Resources Wales and Nature Scot, which work through the Joint Nature Conservation Committee (JNCC) to provide recommendations to the relevant UK, Welsh and Scottish Ministers. The 7th Quinquennial review (QQR) is underway, and stakeholders have been invited to provide evidence and give their views on the recommended changes to both the Schedules and changes to which species are eligible to be listed.

The BES is not responding to this consultation as an institution, but we know that many of our members have field-leading expertise and strong views on this topic. This opened on 8 November and will run for 12 weeks until 30 January.

The consultation is divided into two parts. The first allows stakeholders to comment on changes to the eligibility criteria for inclusion on the schedules, which have been used for the first time as part of this review. These changes attempt to standardise eligibility and improve consistency across taxonomic groups. In practice this means that only European Protected Species and those species classed as Critically Endangered on the IUCN Red List are automatically included on the schedules. Species classified on the Red List as Endangered are only included if intentional killing, harvesting or habitat feature destruction are a cause of their endangerment. Species listed as Vulnerable or below are not eligible except in ‘exceptional cases’. These eligibility changes have been covered in the media, as they will lead to the removal of protection for particular iconic species including stag beetles and purple emperor butterflies, and possibly for adders, smooth newts, grass snakes and basking sharks. The potential loss of protection for certain mammals, including pine martens, has gained particular attention.

The second part of the consultation focuses on the individual species that have been recommended for retention, regrading, addition or removal from the Schedules according to the new criteria. Responses to this section should focus on the evidence that exists regarding particular species’ conservation status and the threats they face, and whether it supports the proposed scheduling or not.

Please follow the links below for further information and to respond to the consultation.

Respond to the consultation

READ MORE about From protection to recovery: are our institutions fit for purpose?
Call for Expertise: Ecology and Climate Change Adaptation in England

Call for Expertise: Ecology and Climate Change Adaptation in England

READ MORE about Call for Expertise: Ecology and Climate Change Adaptation in England
Government response to the Protected Landscapes Review

A summary of the policy team's response to this key consultation.

READ MORE about Government response to the Protected Landscapes Review