At Journal of Ecology, we recently published in Early View a paper by Kazuya Kobayashi entitled “Sexual harassment sustains biodiversity via producing negative density-dependent population growth”. The use of the term ‘sexual harassment’ in the title and throughout the paper was a cause of significant and understandable concern among the Journal’s Twitter followers and beyond. 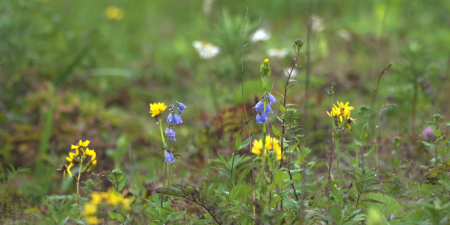 We accept that the use of this term was inconsiderate, given its meaning in wider society, and we apologise for this error in judgement. The terminology used throughout the paper has now been changed and the paper has been retitled “Sexual selection sustains biodiversity via producing negative density-dependent population growth”.

We thank everyone who has taken the time to share their views on this issue with us over the past week and a half. Your opinions have been useful to us as we considered the best way to move forward. It has highlighted the care that we, as scientists, need to take to ensure appropriate use of terminology, something that we discuss more below.

Background and correction to Kobayashi (2018)

The originally submitted manuscript contained both the terms ‘sexual selection’ and ‘sexual harassment’. One of the external peer reviewers assessing the manuscript suggested that the term ‘sexual harassment’ better reflected the focus of the paper. The Executive Editor and Associate Editor agreed with the reviewer’s overall comments and the author subsequently changed the terminology throughout the paper. This change was approved by the Executive Editor and Associate Editor. At no point was there any motivation to use the term ‘sexual harassment’ as a way to create a catchy title, as has been suggested by some.

Following the author’s revisions, the accepted manuscript defined the term sexual harassment through reference to recent work in the insect ecology literature (e.g. Takahashi et al. 2014). Indeed, earlier this year, the term ‘male harassment’ was used to describe a form of sexual conflict in damselflies (Gomez-Llano et al. 2018). The term sexual harassment had not, as far as we are aware, been used in plant ecology to describe instances of sexual selection, particularly intrasexual pollen-tube competition.

Appropriating terminology from other disciplines, including from within other areas of ecology, can on many occasions provide new insight and advance our discipline. However, in this case using the term sexual harassment has been inappropriate – especially in light of the global #MeToo movement, which is bringing the extent of sexual harassment into focus, including that present within the science community. As a result, and following discussion amongst the journal’s editorial team, other academics we reached out to and the author, the terminology has been reinstated where it had been used in the original manuscript, but also amended throughout the entire manuscript. The concept is now only referred to as ‘sexual selection’ and using the terms ‘selfishness’ and ‘selfish traits’.

A blog post accompanying the publication of the article used the term ‘sexual conflict’ to describe the process modelled by the author. This has been left as is.

The error in judgement we have made in this recent paper provides an opportunity to highlight the care we all need to take in the terminology we use in science generally (see Loike 2014), and in ecology in particular.

As a journal team, we will strive to ensure appropriate use of terminology. We will raise awareness of this topic with our entire Editorial Board and advise that when handling articles, we all consider the appropriateness of language to avoid the use of terms that may be inappropriate in the wider public discourse, for example, terms such as ‘functional gender’ to discuss plant sex, and ‘race’ in discussions of intraspecific variation (anthropologists are ahead of us on this issue: see Delisle 2016). In such cases, alternative terminology should be sought.

The Journal of Ecology editorial team is proud of its own and the British Ecological Society’s support for equality and diversity issues (see these posts: 1, 2, 3, 4, and follow #DiversityInEcology). We should endeavour as a research community to ensure we provide an open, safe and supportive place for all to work and progress in their careers. The Journal of Ecology is dedicated to reflecting this commitment.