Biodiversity, Forestry and Wood: Reflecting on the Evidence

Now, more than ever, it is critically important that appropriate species selection and evidence-based decisions inform woodland expansion and management. 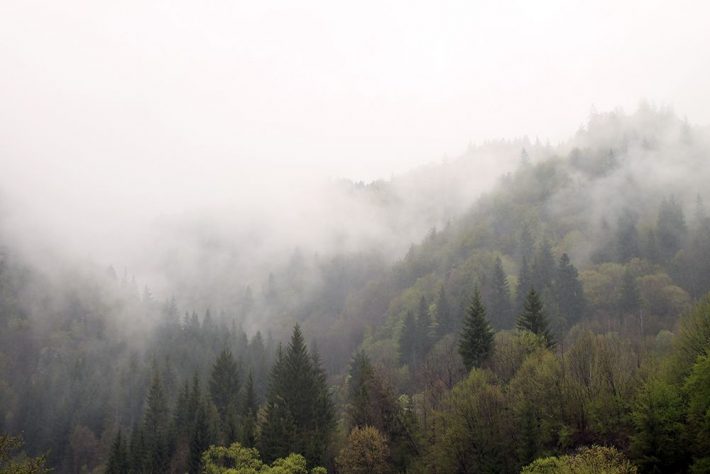 CONFOR, the representative body for the timber industry recently published a report, ‘Biodiversity, forestry and wood’. The report – or the reported science within it – has been the subject of much debate. As the BES’s Special Interest Group on Forest Ecology, we thought it might be helpful to give a summary of our views.

The report sets out a case for how to manage both non-native and native woodland in the UK for the benefit of biodiversity, climate mitigation and a sustainable green economy. There is emphasis on a range of ecologically sensitive forms of woodland management (both in commercial and non-commercial settings) needed to improve biodiversity in forests.

A key claim made in the report is that much of the UK’s remaining native forests, which are largely small fragments, have been under-managed over the last 100 years, with many declining in biodiversity value as a result. ‘Traditional’ management practices within native forests would potentially improve outcomes for biodiversity, but these are often no longer commercially viable.

The report outlines how ecologically sympathetic management in some native forests could provide an income stream to generally improve ecological outcomes and biodiversity. Alongside this, the report argues that new commercial plantation forests subject to well-managed, ecologically sensitive practices may have some potential to augment the total biodiversity or connectivity of our UK forests. Partly, this is due to our remaining native forest area being comprised of small, fragmented and under-managed habitats. Commercial conifer plantations are however much larger, and while current best-practices designed to include a range of biodiversity enhancing features will play a valuable role in supporting forest biodiversity,  it’s important to recognise that benefits will not necessarily be realised for many of our native species.

We caution that no figures or commentary are provided to indicate the proportion of commercial UK forests that are managed under silvicultural systems that specifically modify structure and composition to realise some of the highlighted benefits. We expect that vast majority of commercial UK plantations are currently managed under short rotation clear fell. While we agree that the mosaic of habitats provided by different developmental forest stages can provide considerable benefits for biodiversity, the emphasis on commercial plantations as a biodiversity supporting habitat is not adequately supported by a full appraisal of scientific evidence. While a selection of useful case studies and supporting literature is reported, we question the representativeness of the cited literature to the whole of the UK and caution against extrapolating too widely. For example, the studies cited have a heavy bias either towards birds, or comparisons of individual tree species (e.g. Scots pine and Sitka or Norway spruce and oak) and not communities of vegetation or the full suite of underlying functional processes that native assemblages provide. The report overlooks that, while some measures of biodiversity may compare favourably, different assemblages of species are supported by native forest versus commercial plantations, and for many species commercial conifers will not be a suitable surrogate.

Despite recognition that areas of sensitive habitat should not be afforested commercially, the critical tests for sensitive habitats are not clearly defined and there is some risk that high-value habitats (e.g. shallow peats) could be used for plantations. In existing native forests, selective felling is presented as an economically sustainable measure to encourage regeneration, however, in many cases this is unlikely to be economically viable, suggesting the quantity of timber extracted would be smaller than the figures quoted. Any commercial harvesting incentives in native forests potentially carry a risk of over-exploitation and degradation – and these risks would need to be mitigated, but it is unclear from the report whether adequate legal or best-practice safeguards exist to prevent this.

Sitka spruce (Picea sitchensis), which currently makes up around 25 % of the UK forest area, may not be the most resilient choice for planting in new forests. There is little or no acknowledgement of the climate vulnerability of existing stands of monospecific non-natives, particularly Sitka spruce, which is a drought susceptible and not ideal under predicted climate change in parts of the UK. Careful species and provenance selection will be crucial to ensure the forests planted today will be resilient to the challenges of tomorrows climate and to ensure the continuity of forest cover.  Equally, many alternative conifers that might be used to adapt the UK’s commercial forest sector to a changing climate are an unknown quantity with regards to their value for native biodiversity. As a result, we should be cautious of the degree to which we advocate the biodiversity benefits of non-native woodland expansion, especially of those species for which we have little or no data.

With the UK Governments commitment to woodland expansion and the consultation on the England Tree Strategy currently underway, this is a critical period for deciding what to plant and where to plant it. Overall, this report sets out a positive framework for the future management and utilisation of our forests and a more integrated approach to conservation and commercial forest management objectives is very positive. Much of this vision – if implemented effectively –  could provide environmental benefits, improve biodiversity, deliver climate mitigation actions, and improve outcomes for rural communities and green economies. However, now more than ever it is critically important that appropriate species selection and evidence-based decisions inform woodland expansion and management if we are to realise both the carbon and biodiversity benefits. We caution that alongside this vision, a careful appraisal of risks and a comprehensive assessment of the relevant scientific evidence needs to be considered that represents the full range of species and woodland types present across the UK.

Dr Alan Jones works as Research Leader for Forest Systems at Scion. His role is focussed on optimising the ecosystem service value of trees across all landscapes. Previously, while at Earthwatch, Alan was Research Manager for the Wytham Woods Long-term Carbon Dynamics Monitoring project, in collaboration with the Ecosystems Lab at Oxford University.

Tom Ovenden is a PhD researcher at the University of Stirling. Tom has a working background in conservation, both in the UK and abroad and his current research sits at the interface between academia and industry, focusing on assessing the resilience of forest ecosystems to extreme climate events and forest dynamics under global change.