In the midst of the UN Decade on Ecosystem Restoration, a recent article in People and Nature questions whether our international nature regime is fit to manage the recovery and rewilding of nature. 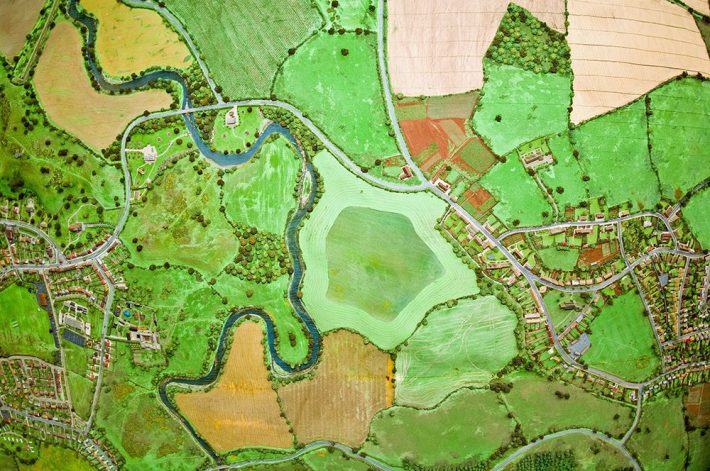 Are environmental governance institutions shifting to be able to manage the recovery, rather than just the protection of nature? In his 2022 paper, ‘To capitalise on the Decade of Ecosystem Restoration, we need institutional redesign to empower advances in restoration ecology and rewilding’ Paul Jepson (1), Head of Innovation at Ecosulis Ltd, argues that our international nature regime needs reinvigoration for it be able to promote and manage nature recovery, restoration and rewilding programs.

The history of conservation

After centuries of assumptions about the unending bounty provided by nature Western societies began to realise that humans can cause extinctions after the loss of species such as the Steller’s sea cow in 1768. As well as the loss of species, there were growing realisations during the 19th century that exploitation and habitat degradation could undermine the future supply of good such as timber, and that industrialisation was separating people from nature and destroying its aesthetic value. The roots of Western conservation lie in social movements that sprang up in response to all this. The wise use of natural resources was promoted by governments and prominent hunters, working class access to nature by social activists, and the value of species themselves by amateur naturalists. Preserving natural resources and preventing further extinctions were the immediate priorities, and that continues to this day.

The words that often define traditional nature policy in the Western world can be seen as inherently defensive. ‘Preserving’, ‘conserving’ and ‘protecting’ all imply trying to keep things as they are. In terms of the natural world, this means tackling threats and preventing further loss of biodiversity. This is obviously a vital part of conservation, in a world extinctions and decline halting all that is the obvious first step. The sense is growing though that this represents a lack of ambitions, and the institutions of nature governance need to be aiming for nature recovery.

Many of our nature protection and conservation institutions were established in the last few decades of the 20th century. The Convention on the International Trade in Endangered Species (CITES), which came into force in 1975, and the Convention on Biological Diversity (CBD) which came into force in 1993, often reflected the same priorities established a century before. These were mainly aimed at preventing further declines by tackling particular threats, wildlife trade in the case of CITES, and promoting sustainable use, as in the CBD.

Many of these international institutions form the basis for how nature is protected and managed in the present day. Take the 1982 Bern Convention on the Conservation of European Wildlife and Natural Habitats, which was translated into EU law in the Habitats Directive in 1992 by what was then the European Community. The Habitats Directive is transposed in England under the Conservation of Habitats and Species Regulations 2010 and in the offshore marine area by the Offshore Marine Conservation (Natural Habitats, &c) Regulations 2007. This path from large international convention to national regulation gives England the motivation and power to designate Special Areas of Conservation (SACs) and Special Protection Areas (SPAs) for priority habitats and species. International agreements therefore directly impact what nature policy and action looks like on the ground. What this example also shows is the time lag from agreement of principles to implementation, in which time ecology and conservation science may have moved on massively.

Organisations that work at the science-policy interface, such as the International Union of the Conservation of Nature (IUCN) and the Intergovernmental Science-Policy Platform on Biodiversity and Ecosystem Services (IPBES), also direct action on nature by advising and informing international and national policy-makers.

More recently, advances in historical and paleoecology, and other fields, have revealed the true extent of what has been lost, with estimations that the UK has lost half its biodiversity. Rhetoric in environmental policy has started to shift from the prevention of declines towards nature recovery and rewilding. Internationally, the UN Decade of Ecosystem Restoration, which runs from 2021-2030, is one of the clearest symbols of this. The UN believes that successful restoration can ‘help to end poverty, combat climate change and prevent a mass extinction’. Nationally, a Nature Recovery Network was a major commitment for England in the 25 Year Environment Plan published in 2018 and Defra also released a Nature Recovery Green Paper in March. Wales has a Nature Recovery Action Plan, that will be updated to align with the CBD Post-2020 Global Biodiversity Framework. Scotland has a Nature Restoration Fund, with £12.5 million available in 2022-23, and one of the two key themes for the Northern Ireland Department of Agriculture, Environment and Rural Affairs Environmental Fund Environmental Challenge Competition 2022-23 was ‘Nature Recovery: Building Ecological and Climate Resilience’.

Large governance institutions are notoriously static, ‘path dependent’ and poor at responding to dynamic problems. Once their operations coalesce around the principles that they were founded on, it becomes incredibly hard for them to change. This means that whilst problems which have relatively few causes in a restricted number of economic sectors can be tackled effectively by international institutions, they are much less well suited to tackling more complex problems, even if the consequences of non-action are potentially catastrophic. For example, the Montreal Protocol was signed by all UN countries and the EU to agree to phase out CFCs and HCFCs which were depleting the ozone layer. Kofi Annan stated that “Perhaps the single most successful international agreement to date has been the Montreal Protocol”. This is partly because it was only a handful of chemicals used in relatively few industries that were banned, and the ozone layer repairs itself without the input of these gases. Compare this to the CBD’s 2020 Aichi Targets. These spanned education, poverty reduction, sustainable management of fisheries, agriculture, invasive species, climate change, ecosystem services, carbon sequestration, benefit sharing between countries, research, traditional knowledge and finance. Only 6 of the 20 targets were partially achieved.

The profile of rewilding has been growing since its coining in the 1990s, inspired by paleoecology and the ecological functions by extinctions of declines in abundance. Jepson posits that rewilding, which he suggests can be thought of ‘as a label, like punk or hippy, for a cultural space that aspires to ‘shake up the present to shape different futures’ (2) fundamentally challenges the way that the international nature governance regime operates. The IUCN, in various guises, has been at the forefront of making the messy and complex natural world ‘governable’. This requires ‘institutional reductionism’ (3) which is ‘the stripping away of real-world complexity to highlight key issues and simplify agendas as a means to reach agreement between stakeholders and parties’ (4). For example, governance often needs clear aims, which in conservation includes ‘natural’ baselines, often taken to be pre-industrial landscapes in Europe and pre-colonial landscapes elsewhere.

The focus of rewilding on ecological function rather than ecosystem composition, on processes rather than goals, and its purposeful lack of a defined vision of what an area ‘should’ look like or contain, make it an awkward fit into governance regimes informed by this simplification. It challenges the validity and utility of baselines, which means it struggles to align with protected area policy that mandates a particular ecological composition. In Europe, low-intensity and traditional farming practices are often used to maintain the pre-industrial character of an area. Rewilders may prefer that these agricultural practices were stopped, with megafauna and other lost taxa replaced to reinstate processes such as nutrient transfer. The focus on megafauna also clashes with legislation, as the use of semi-domestic breeds of megaherbivore is constrained by welfare and biohazard legislation.

What needs to change

Jepson argues that ‘our institutions of nature conservation are ageing and institutional redesign is necessary if we are to succeed in the aim of the Decade of Ecosystem Restoration’ (5). This includes the conventions and their secretariats, the IUCN, NGOs, and national governments. He posits that we are currently in the middle of a ‘critical juncture’ that provides the opportunity to break the path dependency, and suggests an ‘ordered’ process of institutional design rather a radical shift. This includes five proposals that will allow a more adaptive and suitable regime to be founded on the themes of co-design, co-production and disruptive innovation:

In short, Jepson suggests that these institutions need to pivot from policies that attempt to fix dynamic ecosystems in aspic, towards those that are future-focused, hopeful of what can be gained and allow for innovation and unexpected consequences. Without this, we may not actually be able to implement our desire to recover nature.

(1) Jepson, P.R., 2022. To capitalise on the Decade of Ecosystem Restoration, we need institutional redesign to empower advances in restoration ecology and rewilding. People and Nature.

(3) Young, O.R. and Stokke, O.S., 2020. Why is it hard to solve environmental problems? The perils of institutional reductionism and institutional overload. International Environmental Agreements: Politics, Law and Economics, 20(1), pp.5-19.