I joined the BES at NERC’s ‘Into the Blue’ last month, along with eight other researchers. It was a fantastic event where families and members of the public had lots of fun, engaging with science and current research. 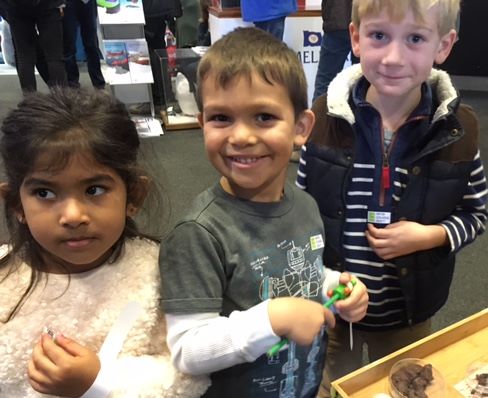 Visitors travelled to the event from all over the North West and participated in fun science activities, finding out the answers to questions such as: ‘Why is the sky blue?’,‘What is remote sensing?’ and ‘Why does deer poo look like that?’. The TV and radio coverage for the event was fantastic, particularly as NERC’s FAAM research plane was parked nearby and offering tours to the public for the first time.

Our stand was very popular, people from all ages wanted to test their animal poo knowledge with the ‘Who’s poo’s?’ game and find out about weird and wonderful fungi smells, with the mushroom game.  It was great to see the smiles on children’s faces when they realised that they were looking at poo and intriguing to find out that some people think soap smells like garlic! Most of all it was rewarding seeing children and adults engage with science, asking questions about subjects we as ecologists are all really passionate about. 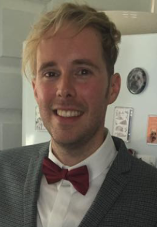 I would highly recommend the BES public engagement training programme which is free to members, as it is through this that I attended ‘Into the Blue’. During the programme I received training from David Price of Science Made Simple, an expert busker who is great at teaching science communication skills. This training really helped me when delivering science at events, helping me focus on my audience and think about the best ways to draw them in. Following on from the science communication training we were split into teams and tasked with developing games that communicate ecology. My team focused on sexual selection; how animals attract mates and the corresponding drawbacks of these characteristics in the wild. We developed ‘the Power of Love’, a board game in the style of snakes and ladders, which went to Wychwood Music festival over the summer.

I had great fun at ‘Into the Blue’ and would encourage members to get out and engage the public with their science, as it’s a fantastic way to get your research out to audiences you wouldn’t normally meet. It is also great for building confidence when presenting to an unknown audience, which certainly helps in many other areas of academic and student life!

To get involved in the 2017 programme, make sure keep an eye on the BES Public Engagement webpages and twitter feeds for updates and check out @BESRoadies on Twitter where they often advertise for volunteers online. I hope to see some of you at future events!