Jane Memmott of the University of Bristol will be the next president of the British Ecological Society (BES), having been voted onto our Board of Trustees as President Elect.

She will take up leadership of Europe’s largest ecological society in 2020, when the term of the current president Richard Bardgett comes to an end.

Jane’s nomination was confirmed in an online ballot of BES members at the end of last year, with the result announced at our Annual General Meeting (AGM) during the 2018 Annual Meeting in Birmingham.

This is the first time that the BES has used online voting for election of members to the Board. Run by Electoral Reform Services, it gave all our members the opportunity to vote for trustees – not just those able to attend the AGM in person.

Well over 900 votes were cast, giving a much greater voice to members in choosing who will represent them and shape the future of their society.

Three other BES members were elected to the Board at the same time. Mark Emmerson of Queen’s University Belfast becomes a vice president of the BES and Chair of the Grants Committee. Stewart Clarke of the National Trust also became a trustee, while Adam Vanbergen of the French National Institute for Agricultural Research was reappointed as Honorary Secretary of the BES.

Richard Bardgett, President of the BES, said: “Congratulations to our new Board members, who will bring a wealth of skills, expertise and ideas to the British Ecological Society. I look forward to working with them as we take the Society forwards. They will help ensure we deliver for our members, support ecologists around the globe, and show the impact ecological science can have on the world we live in.”

Jane is a professor of ecology at the University of Bristol where her research group uses a wide variety of techniques to answer environmental questions, such as whether ecosystem services are affected by farming approach and how alien species integrate into ecological networks. She works as both a pure and an applied ecologist and is keen on working at the interface between the two disciplines. 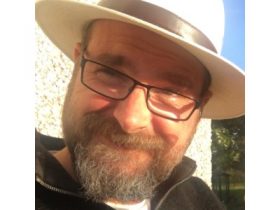 Mark focuses on the effects of biodiversity change on ecosystem functioning and stability as professor of biodiversity at Queen’s University Belfast. His work cuts across marine, freshwater and terrestrial ecosystems, where he uses a range approaches to test fundamental mechanisms underpinning patterns and processes in ecology. 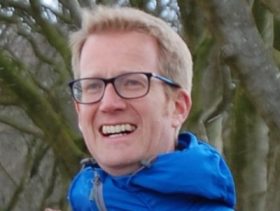 Stewart is an ecologist currently working within a charity but with considerable experience in the statutory agencies and, in the early part of his career, a brief period as a researcher. He is the National Trust’s national specialist for freshwater, and though he describes himself as a freshwater ecologist, he has worked across a range of nature conservation issues at the National Trust, Natural England and its predecessor, English Nature. 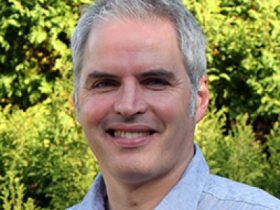 Adam has worked as a research ecologist for over 20 years. His research interests encompass species interactions, evolutionary biology, population and community dynamics – involving invertebrate taxa dwelling above and within the soil, their role in ecosystem functions and services, and how they are affected by drivers of environmental change. As a Research Director in the agroecology unit of the French National Institute for Agricultural Research (INRA) in Dijon, he leads research projects and teams and provides guidance to decision makers in government and the private-sector.