England’s proposed mandatory Biodiversity Net Gain requirement for new developments might not deliver on promises to increase biodiversity, according to research being presented at British Ecological Society’s Festival of Ecology. 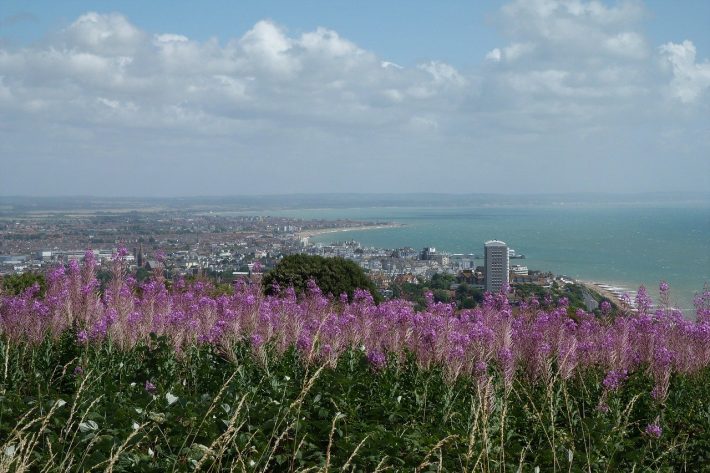 A research team at the Durrell Institute of Conservation and Ecology, University of Kent, analysed ecological changes occurring under Biodiversity Net Gain (BNG)-type policies in four early–adopter councils in England. They found that although a net gain in biodiversity was being promised across the BNG assessments, these translated into considerable losses of habitat area. Habitat losses were compensated for by commitments to deliver higher quality habitats years later in the development project cycle.

In the sample of BNG assessments analysed by the authors, large areas of low-ecological value habitats such as modified grasslands and cropland were being lost, coupled with promises from developers to increase the condition of habitats that the government’s Metric values more highly such as deciduous woodlands and mixed scrub habitats.

Whether these promises of future condition increases materialise in reality is a question of governance.

said Sophus zu Ermgassen, a PhD student who will be presenting the research at the Festival of Ecology. “Unfortunately, our analysis also shows that the governance might not be there to ensure these promises are kept for habitats delivered within the footprints of proposed developments.”

Dr Joseph Bull, another researcher on the study, said: “Biodiversity Net Gain has the potential to deliver the improvement to biodiversity in England that many hope, but not unless governance mechanisms are designed that let local councils hold developers accountable for the quality of the nature within their developments.”

The mandatory BNG requirement for new developments regulated under the Town and Country Planning Act, which will be introduced in the Environment Bill, means that for new building projects, developers must go beyond merely not harming nature and instead demonstrate their actions will increase biodiversity by 10%.

To calculate these biodiversity losses and gains, planning applications will need to use DEFRA’s Biodiversity Metric 2.0. This metric takes into account factors like habitat distinctiveness and condition to give an overall indicative score – known as ‘biodiversity units’ – for the biodiversity quality of the site being built on. If developers cannot demonstrate they can meet the 10% requirement on land they manage, they will then need to fund the generation of equivalent biodiversity units elsewhere to make up the shortfall.

“This metric used to ‘value’ the biodiversity at different sites allows developers to lose some areas of semi-natural habitats, as long as they promise to increase the condition of other, non-impacted habitats so the total number of biodiversity units delivered actually goes up.” explained Sophus zu Ermgassen.

“However, our preliminary results warn that the market for biodiversity units, which many people optimistically believe will be a major funding stream for investments in nature in England, may well be smaller than many hope, unless there are further changes to the policy design.”

We aggregated all of the assessments to get a picture of what the impacts of the policy as a whole are likely to be.

said Sophus zu Ermgassen. “Next we read all of the public documentation about the policy, to understand what governance mechanisms are being proposed in order to deliver the policy and whether they are likely to be sufficient to achieve the policy’s ambitions.”

Because the vast majority of councils are yet to implement BNG-type policies, the researchers were limited in the number of assessments they could analyse, with their overall dataset accounting for around 1% of England’s annual housebuilding.

The researchers are planning to keep constructing the database over the coming year. This will help them to see if their results continue to hold even as the policy develops and the regional biodiversity unit markets grow more mature.

Sophus zu Ermgassen will present the work in at the Festival of Ecology. This work is unpublished and is currently going through the peer-review process. This online conference will bring together 1,400 ecologists from than 50 countries to discuss the most recent breakthroughs in ecology.