Research published in Journal of Applied Ecology shows for the first time that bumblebees exposed to field realistic concentrations of the insecticide sulfoxaflor laid fewer eggs and produced fewer larvae. 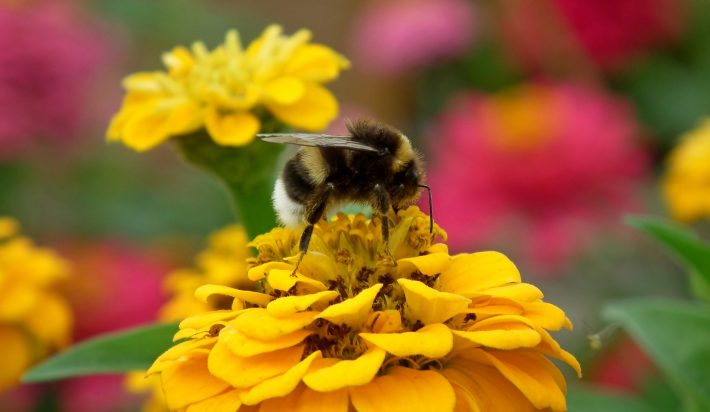 A study published today (30 October 2019) by researchers from Royal Holloway, University of London, has concluded that the insecticide sulfoxaflor can impair bumblebee egg laying and larval production

Sulfoxaflor is a systemic insecticide that has been licenced for use in 81 countries around the world, including within Europe and North America. Concerns about sulfoxaflor’s impacts on bumblebees were initially raised in 2018, when researchers from Royal Holloway showed that exposure to this insecticide reduces reproductive success in bee colonies.

“Our results demonstrate that sulfoxaflor exposure can have a negative, sub-lethal impact on important pollinators, such as bumblebees.

The researchers also make suggestions about how regulators, such as the European Food Safety Authority, could pre-emptively assess the potential sub-lethal impacts of insecticide use, before they are licenced for use.

Professor Mark Brown, added: “Understanding how insecticides impact beneficial insects, such as bees, is essential to making informed decisions about if and how these chemicals are used on farms and in gardens. This work shows how simple laboratory assays can produce evidence that enables safe and effective use of pest control in the real world.”

Professor Elli Leadbeater, said: “Ecotoxicological testing on insecticides can fail to detect subtle but critical effects like these, which do not necessarily kill individual bees but are nonetheless devastating for bee colonies. Here we have demonstrated how a simple and relatively quick protocol could be used to vastly improve the testing process.”

Read the article for free here: