The effect of extreme drought on Scots pine trees has been examined as part of a University of Stirling study, which could have implications for climate change efforts across the world. 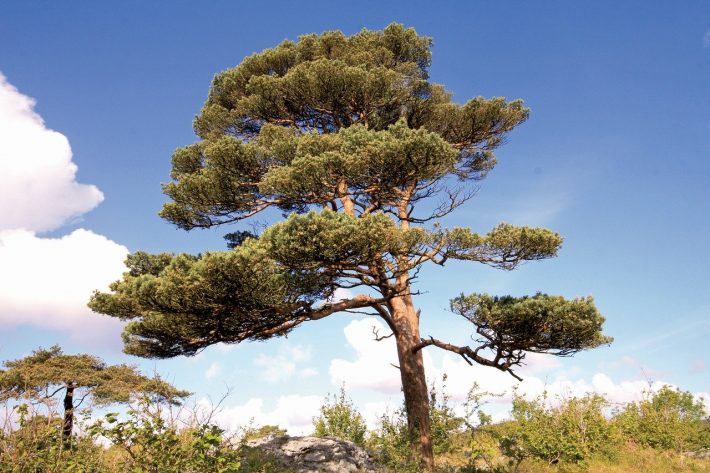 The research – led by Tom Ovenden of the Faculty of Natural Sciences and published in the British Ecological Society’s Journal of Ecology – considered how resilient Scots pine trees are to extreme drought events.

Scots pine is the cornerstone of Scotland’s Caledonian pinewoods and is a critically important species, both ecologically and economically, in the UK and across Europe. The new research provides a significant understanding of its vulnerability to, and recovery from, drought – a particularly important topic as drought events are expected to increase in intensity, duration, and frequency due to climate change.

Mr Ovenden, a PhD researcher in Biological and Environmental Sciences, said: “Unlike most existing studies, we looked at the impact of drought on tree growth in the longer-term – across a post-drought period of nine years. That allowed us to develop a fuller understanding of what happens to tree-level and forest-level growth after drought at an annual resolution.

“Crucially, we documented a pattern of compensatory growth in the latter stages of the nine-year post-drought period we considered, after the trees had already recovered. As a result, some trees actually grew faster during this post-recovery period than would have been expected if drought had never occurred – meaning that the wider forest also recovered some of its lost biomass.

“Our documentation of mature trees going through a period of ‘catch-up’ growth to recover their lost biomass is one of the first research studies to do so. If this mechanism is more widespread in other species and locations, it could have profound implications for the estimated loss of carbon and wood that we currently ascribe to extreme drought events globally.”