Ecologists from Lancaster University are preparing to introduce the world to ‘Sex & Bugs & Rock ‘n Roll’ at Glastonbury this year as part of their mission to bring science to the community. 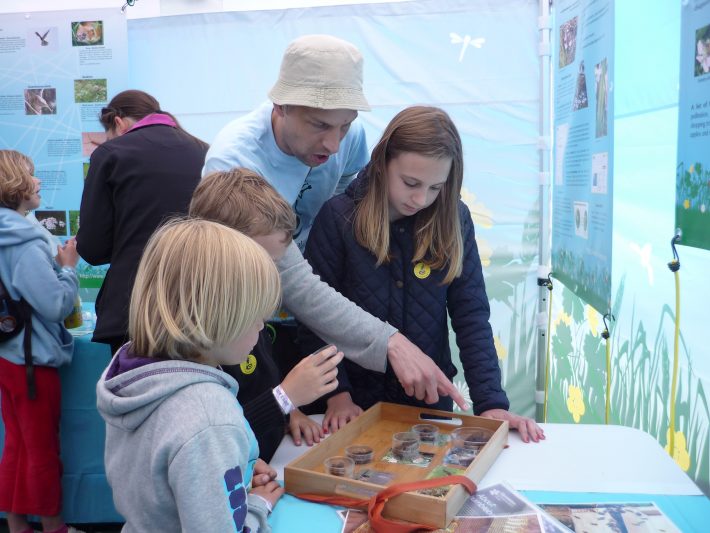 They will make the mammoth road trip to the UK’s most iconic music festival, accompanied by bees, dung beetles, worms and ladybirds, where they will set up shop to talk to the festival-going public about the Hidden Wonders of Woodlands.

The ‘Sex & Bugs & Rock ‘n Roll’ road show was dreamed up by researchers at Lancaster University and championed by the British Ecological Society as a way of bringing science to the public, sharing ideas and information and putting a human face to research.

Over the years, thousands of festival-goers have encountered some of the intriguing ecology showcased in their pop-up science tent from moths with rock star names to glow-in-the-dark wormeries providing a glimpse of life below ground.

And this year’s theme, ‘The Hidden Wonders of Woodlands’ will give people the chance to see woods in a new light. From 21st June, visitors will be able to discover unusual woodland ladybirds and astonishing fungi while playing some entertaining games, or find about the bacteria on their festival kit. Outside the stall, an eTree with solar panels for leaves will demonstrate in real time how trees take up and store carbon from the atmosphere.

Festival-goers will also be able to contribute to research in a fun way by creating an image of their ‘ideal’ woodland.

Dr Sayer said: “Science shouldn’t be dry and boring – it should be exciting. We do research because we’re fascinated by nature, so we want to share our curiosity with others and let people find out about ecology on their own terms. We try to create displays and activities at our stall that show visitors things they wouldn’t otherwise get to see, like our eTree, for example. I’m also really excited about our new game ‘Create your ideal woodland’ because it’s a fun way of doing real-life research to find out what attracts people to woodlands.

“We want to remind people that science involves curious people finding out about the world, and there’s a bit of a scientist in all of us.”

Sex & Bugs & Rock ‘n Roll is supported by the British Ecological Society (BES) and led by BES members. The initiative is also funded by the Lancaster University and the University of Oxford, with some of their scientists on the ground at Glastonbury, as well as the University of Kent and publishing company Wiley; the eTree was developed in conjunction with researchers at Bangor University and Wytham Woods (Oxford University); the ‘Create your ideal woodland’ survey will form part of a study on the perception of woodlands, which is supported by the Durrell Institute for Conservation and Ecology, University of Kent.