Preventing pandemics: what can be done from an ecological standpoint?

People are calling for an end of ‘trading wildlife for consumption’ in order to prevent pandemics. They are wrong, here’s why. 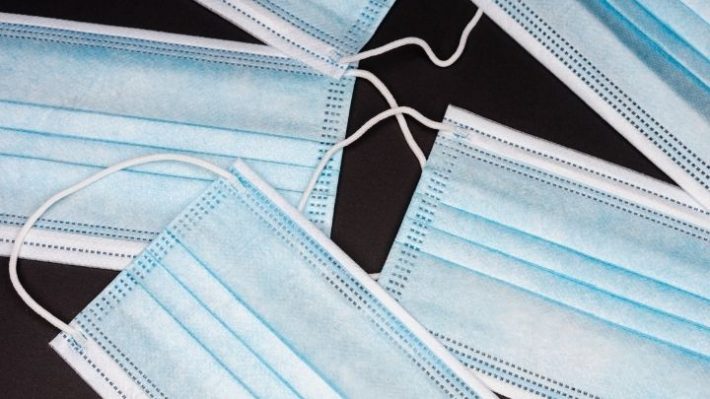 I regret to say that this quarter’s food and ecology column is lacking in light heartedness. If pandemic ecology is something you can’t stomach more of, then dear reader I ask you look to back-issues of The Niche and await next quarter’s column for a hopeful return to normalcy.

I’m going to start by pointing out that some of the most egregious statements of this pandemic for me are from people calling for an end of ‘trading wildlife for consumption’ in order to prevent pandemics. Here’s why.

Our food system integrates with disease in a thousand manifold ways. What we eat matters for spillover, for zoonoses, and pandemics. This isn’t new; I’ve been attending conferences for most of my career where capable, intelligent, dedicated ecologists’ study exactly this, under our umbrella of ‘EEID’ – the ecology and evolution of infectious diseases. It’s a trying to time to be an ecologist whose training is in EEID, in my case working as part of a ‘Center for the Ecology of Infectious Diseases’. Send some well wishes to your local infectious disease ecologist today.

Stopping people trading ‘wildlife’ for consumption won’t stop the next pandemic, and to pretend otherwise is malpractice. Zoonotic spillover is a complicated process best imagined as multiple gateways across many scales, and for each pathogen, each gateway represents a different choke point. Plowright et al. (2017) illustrate this paradigm beautifully. Every potential zoonotic pandemic is a dart thrown which must pass through many tiny gates all exactly aligned to produce a pandemic. ‘Wildlife’ consumption is but one path through one of those many gates, and even then – things are far more complicated.

So, let’s talk about calls to ‘ban wildlife consumption’ in the name of pandemic prevention. First, what counts as wildlife? When I first saw these statements, I asked if these proposals included the cessation of all fisheries. Fish are mostly live wild-caught vertebrates. They fit exactly the definition. If you didn’t think of this – ask yourself why. Is angling ‘wildlife consumption?’ What about deer, and wood pigeon, or rabbit? Or any game? What divides bushmeat [a borrowed term from West Africa that originally meant burning brush to flush out game] from game at all? Do live lobster markets along the Atlantic coast of North America not constitute exactly the sort of live wildlife trading many conservationists are railing against? Or does it stop becoming wildlife when white people in the global north eat it?

Does it stop becoming wildlife when we farm it? Probably. But farming and agriculture are, plausibly, larger risks for zoonosis than eating wildlife. In Britain, our last public health crisis was BSE, from our livestock. Our last pandemic came from pigs (H1N1 – influenza, in North America). Two of our most recent near-miss spillovers came from domestic animals (H5N1 – influenza, in East Asia; M.E.R.S. – a coronavirus, in Arabia). These are from livestock alone – the wider role of farming in acting as a bridge for zoonosis complicates things further. Hendra virus and Nipah virus are both bat viruses high on everyone’s pandemic risk radar – and spillovers have occurred. But not directly. Not through ‘wildlife consumption’. Nipah spills-over via pigs, noted in Malaysia, where we see bat to pig spillover, and then pig to person. Hendra spillsover through horses, noted in Australia, where we see bat to horse, and then horse to human.

Suddenly how wildlife coexists with our farming seems very important – Jones et al. (2013) have a great piece on exactly that. Countries from multiple continents all see this phenomenon, be they rich or not. Intense farming has mechanisms through which spillover becomes more likely. But so does extensive farming, partly by clearing more habitat and by increasing wildlife to human interaction through both habitat edges and within-habitat exposure. I love a good ‘land-sparing vs landsharing’ debate as much as any ecologist, but to pretend that arena is well understood even without mixing zoonosis into it is dangerous. Wildlife can’t cause spillover if there isn’t any to spillover from; intense farming doesn’t predispose wildlife to come into contact with people. But intensive farming can cause massive outbreaks in livestock, and its systems can lead to dangerous corners cut. Problems that don’t just show that wildlife is only one piece of a larger puzzle, but that it’s a complicated piece of the puzzle. What even counts as farming vs wildlife starts to raise ugly questions about how Indigenous landscape management for ‘wildlife’ consumption has been viewed by Eurocentric scholars. Are we still stuck on colonial ideas of telling other cultures what to eat and how to live? Pretending that it’s possible, or at all our place to enforce such ideas? I would hope not.

We’re not in a place to say how we prevent zoonotic spillover at the source. That’s an unachievable goal that very smart ecologists have been appraising on for a long time. I haven’t even deigned to write about the complexity of vectored pathogens because fortunately for me that doesn’t intersect with the food remit of this column quite so much.

Let me finish with this: what we do know, and what we can do, in mitigating pandemics. Spillovers will happen. Pandemics have always happened. But part of what makes them so damaging are the societal structures we fail to build with that risk in mind. In regions of the world where earthquakes, or hurricanes, or tornadoes abound, people don’t try and prevent them happening. They build to minimize the damage; they build monitoring systems, and coping systems, and equip people with what they need to survive and recover from disaster. What we’re seeing now, worldwide, is that well-funded, robust, unilaterally supported healthcare systems, economic justice, and social welfare systems are our best and most powerful tool for fighting pandemics.

Lewis J Bartlett is a postdoctoral scholar at the University of Georgia. He is currently focusing on the ecology and evolution of infectious disease in agriculturally relevant systems, principally honeybees. He is also on Twitter @BeesAndBaking.  Lewis has a regular column in The Niche.

This article first appeared in The Niche, Summer 2020. The Niche is the British Ecological Society’s quarterly membership magazine. If you’re not a member but would like to subscribe to The Niche, join us today.

Solid waste disposal represents a huge problem for most human societies around the world.

Why researches should be using local traditional knowledge to estimate biodiversity

How indigenous knowledge is valuable to estimate biodiversity.

The hidden effects of plastic ingestion

The detrimental effects of plastic on our ecosystem.

READ MORE about The hidden effects of plastic ingestion