Rewilding may be a risk worth taking for landowners after Brexit, say Sussex experts

Leaving the European Union could make rewilding an attractive option for landowners across the UK, according to a team of experts led by the University of Sussex.

Their work is published today as a Practitioner’s Perspective in Journal of Applied Ecology. 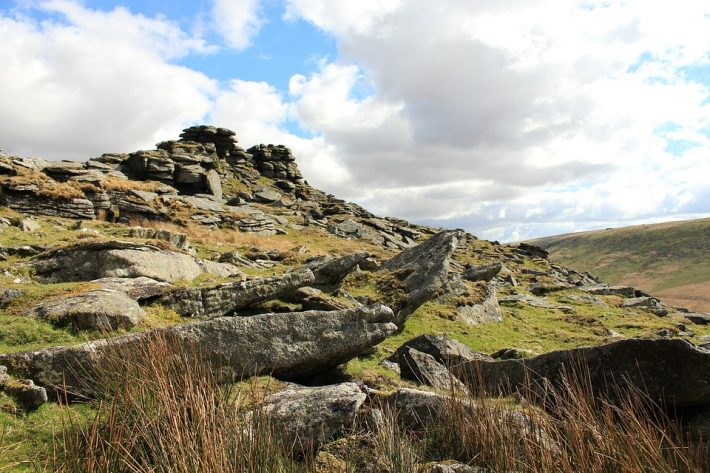 Brexit would see an end to the existing EU-funded Common Agricultural Policy (CAP), which rewards intense management and farming of land. The UK government has announced intentions for a new system that would reward landowners for the delivery of goods and services that benefit society in the long term.

The expected system would see landowners signing environmental contracts to protect and restore species and habitats, and/or deliver ecosystem services like improving flood management and enhancing water quality. In a new study, scientists have suggested that rewilding approaches could help uplands landowners meet these goals – if they are willing to take some risks.

In a paper published in Journal of Applied Ecology, Dr Chris Sandom, Dr Adrian Ely and Benedict Dempsey from the University of Sussex, along with other authors, explore the barriers and opportunities rewilding poses, using the English uplands as a case study. Approximately 12% of England is considered upland, including Exmoor, Dartmoor and Wild Ennerdale in the Lake District; all locations featured as part of this study.

They suggest seven different approaches that practitioners and policy makers in the English uplands are currently associating with rewilding. In recent years, the idea of rewilding has often been perceived as an attack on traditional land uses like farming; however, this study highlights ways in which rewilding may be an attractive option for farmers as post-Brexit changes take place.

Dr Sandom, Lecturer in Biology at the University of Sussex, said:

“The current system pays landowners for owning land and for taking management actions to protect the environment; goals are fairly short-term and there are many legislative and economic barriers outside of the CAP to rewilding approaches.

But, with Brexit, we have a more imminent opportunity to try another approach – a long-term and nature-led strategy which could really improve our landscape.

Rewilding isn’t just about the reintroduction of large carnivores to ecosystems – there are numerous options worth exploring when it comes to reducing land management intensity. These include simply stepping back and just allowing nature to take its course in a consciously more passive approach, and taking a more active approach to restoring more degraded ecosystems which might include tree planting and species translocations to restore natural processes.

A technique like patch-scale passive rewilding, for example, is where landowners leave patches of their land to let nature take its course. Our interviews in the uplands showed that some farmers are already aware that some of their land may be better suited to uses other than agricultural production, like supporting wildlife or buffering wetlands.

If they decided to try this rewilding approach, they could meet the long-term goals of restoring habitats, and improving biodiversity and water quality. It is a low risk approach for important, if relatively small, reward.

At the other end of the scale, a much more ambitious approach is to attempt to completely rewild a large area of land and reintroduce missing species. While this risks increasing human-wildlife conflict and the loss of cultural landscapes, the rewards could be big for biodiversity, mitigating climate change, alleviating flooding and increasing tourism revenues.

Every area is different, so different approaches are appropriate in different places. The reduction of human management also means it is more difficult to predict what a landscape will look like, but while the landscape’s appearance is less certain, a diverse and dynamic natural system could offer more certainty for safeguarding nature and providing the diverse suite of benefits for society”.

To compile the paper, Dr Sandom and his colleagues conducted interviews with 22 individuals, and ran a workshop with 32 participants from 24 different organisations to explore the perceptions of rewilding and the perceived risks and opportunities.

Benedict Dempsey said: “Farmers and landowners often know their land better than anyone else, with a deep connection to its history and the communities that have shaped it. There is no need for farming and rewilding to be in conflict with each other. Instead, if they choose to, landowners and farmers can use their unique knowledge to diversity what they deliver for society – like flood alleviation and biodiversity, as well as food production”.

Stefan Jimenez Wisler, land use policy adviser for the CLA which represents rural landowners, is a co-author of the study. He added:

“Farmers and landowners are eager to contribute to environmental improvements and achieve the environmental and business opportunities associated with the range of rewilding approaches identified; whether it is active management at a holding level, passive management at landscape scale or anything in between.

As the UK leaves the CAP, the introduction of a new agricultural policy in England based on public money for public goods is a welcome change that will better enable rewilding approaches to be taken, by accounting for and rewarding the wide range of benefits to wildlife, water, climate and soils that rewilding can provide.

The timing of this overarching policy change means that the English uplands serve as an ideal case study for testing the barriers and opportunities to rewilding. As new policy is implemented in the coming years, opportunities exist to transfer these lessons to other countries in Europe and around the world.

While a new agricultural policy will provide opportunities for change by rewarding environmental improvements to offset the risks that rewilding can bring, it is not a silver bullet for enabling ambitious environmental enhancement and protection. This paper identifies a number of other barriers to rewilding, such as the rewilding term meaning different things to different people and the lack of conservation support policies, in the forms of covenants or property relief. These barriers should be addressed and considered for incorporation into the government’s Environment Bill due in Parliament in 2019”.

Read the full article for free: