Science and art? A new opera about how trees communicate 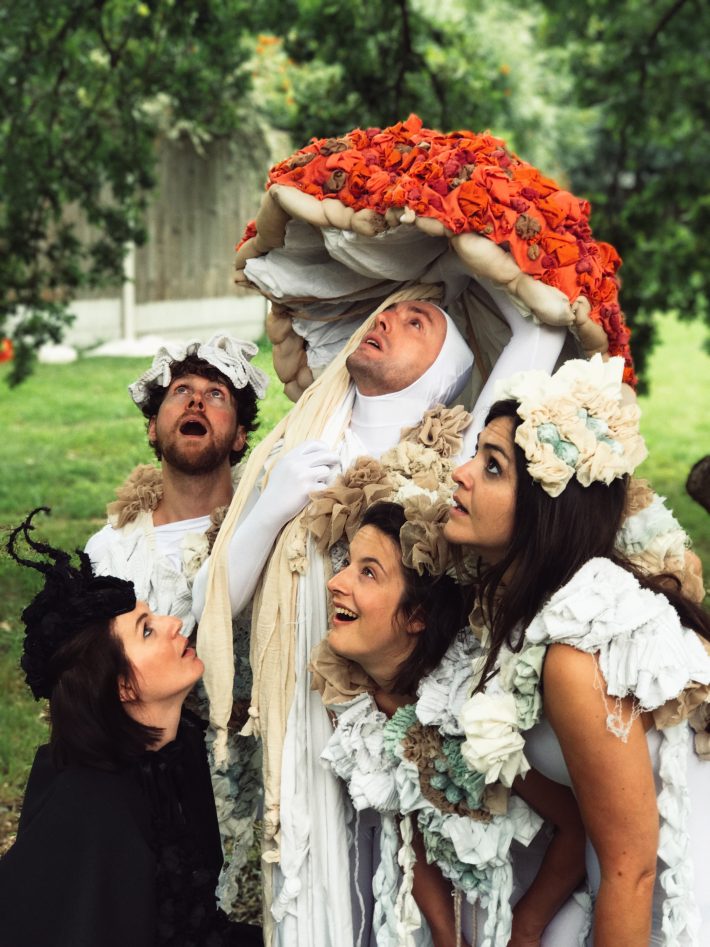 Gestalt Arts and researchers from Cardiff University have created ‘Unsung Heroes of the Planet’, a science opera that will be brought to Green Man festival-goers this week. The performance – a mix of opera, live sculpture, physical theatre and music – will pop up in various locations during the festival and be an engaging experience for visitors that want to know more about how trees communicate.

When in need of specific nutrients, damaged by infection or under attack by small insects, trees and plants may use a network of fungus called mycelia to communicate with each other. They can use the fungal network, the so-called ‘wood wide web’, to warn or transmit essential nutrients to connected neighbours of the same or different species. The fungus can also parasitise and kill small insects.

As part of the performances, Cardiff University’s fungal ecologist, Professor Lynne Boddy, will be giving a talk about the science behind it and about how art can help scientists engage with the public.

“It has been a great pleasure working with Professor Lynne Boddy and her colleagues to create this unique opera. There will be a series of pop-up performances throughout the festival, showing visitors interesting facts about how trees communicate with one another”, said Gestalt Arts’ Ruth Mariner who wrote and directed the science opera. “Art is such a powerful and engaging way to present scientific concepts and create a dialogue with a wide audience.”

Funded by the British Ecological Society, this ‘public engagement’ project has been written specifically for Green Man Festival and aims to increase the public’s understanding of ecology.