The Natural Capital Committee has published its 4th report, focusing on protecting and improving England’s natural capital through the 25 Year Environment Plan 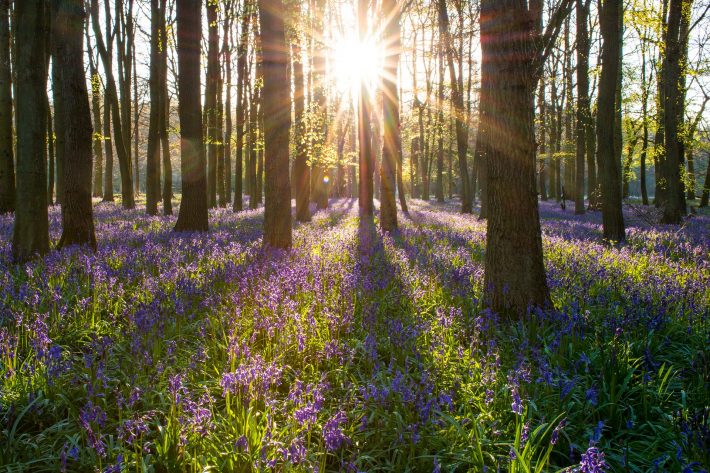 The Natural Capital Committee (NCC) was reestablished in 2016 with a mandate to advise the UK Government on the development and delivery of its 25 Year Environment Plan. On 24 January 2017, the NCC published the first annual report of its second term (and 4th overall), providing a series of recommendations for a comprehensive approach to protecting and improving England’s natural capital. The recommendations relate to both the 25 Year Environment Plan and more broadly to establishing consistent approaches to valuing natural capital.

The report recommends that the government’s 25 Year Environment Plan be progressed rapidly, having up to now developed more slowly than expected. The NCC recommends that the Plan should be placed on a statutory footing to facilitate practical implementation and that progress should be subject to independent scrutiny. The report proposes that a White Paper be developed in 2017 to set out should the Plan and lay the groundwork for necessary future legislation. Governance of the Plan should be assigned to a specific institution and put on a statutory basis. By highlighting the necessity of a statutory footing and independent scrutiny, the report aligns with growing emphasis within the environmental NGO community on this kind of approach, also demonstrated in the Environmental Audit Committee’s call for a new Environmental Protection Act. The report also recommends that the 25 Year Environment Plan should contain ambitious, long-term outcomes from natural capital, which should be quantifiable and measurable to enable evaluation of progress.

The NCC emphasises that the Plan should be developed in an integrated manner with post-Brexit agricultural policy, as well as with government’s 25 year plan for food, farming and fisheries. These policy areas should be addressed within the framework objective of protecting and improving natural capital. The report recommends that the Plan also incorporate the Climate Change Committee’s latest carbon budget and be consistent with the Adaptation Sub-Committee’s recent advice on natural capital. Pioneer projects, which allow testing of and provide templates for aspects of the Plan, should be progressed rapidly. For these projects to be effective, strong leadership and governance is required, as well as clear reporting requirements and a valuation and accounting framework to measure performance. Finally, the report recommends that government consider the creation and enhancement of new wildlife areas and corridors as part of the Plan, in line with the recommendations of the Lawton Report.

Valuation and measuring the policy impact of natural capital

Natural capital has significant potential to impact policy decisions, and is one of the key policy areas that British Ecological Society addresses through our participation in the Natural Capital Initiative. The NCI uses the scientific expertise of our members to communicate authoritative, independent evidence syntheses to policymakers and facilitate dialogue between policy, academia and civil society. The NCC report examines ways to build upon existing approaches to natural capital by improving its measurement and valuation, thus enabling the concept to play an expanded role in guiding policy development. The Committee recommends the further development of a consistent set of assessment, analysis and decision-support tools to improve valuation of natural capital and help identify priority investments. Government should ensure that these tools are documented, publically available and accessible to all. The report recommends that government and other public bodies account for natural capital assets, using these valuations to guide investments in the assets and the benefits they provide. Annual budgetary provisions should be made for these investments in maintenance and enhancement of natural capital.

The report recommends that government account for natural capital assets, using these valuations to guide investments

The report provides specific recommendations for how a range of public bodies should increase their engagement with the concept of natural capital. National Parks should quantify and value their main natural capital assets and investment options and government should consider the creation of new National Parks. The government’s Green Book on project appraisal should be revised to improve incorporation of natural capital when setting priorities and appraising investment proposals, while the Office for National Statistics should further develop national natural capital accounts. The National Infrastructure Commission, too, should incorporate the concept into its long-term infrastructure plans and ensure consistency with the objectives of the 25 Year Environmental Plan. The NCC report also emphasises the importance of government promoting corporate natural capital valuation, accounting and reporting and encouraging its incorporation into private sector decision-making. Finally, the report suggests that OFWAT should encourage catchment-based approaches; the investments that water companies are required to make as part of the Periodic Review process should help to progress the overall objectives of the Plan.

The NCC’s 4th report provides a clear and consistent framework for protecting and improving England’s stock of natural capital. It points out the necessity of joined-up policy and valuation, spanning departments, levels of authority and the public and private sector. The natural environment is a highly-connected system; changes to one part can have a range of impacts across others. The NCC report firmly indicates that if the government wishes to achieve its stated objective of “being the first generation to leave the natural environment of England in a better state than that in which we found it”, the 25 Year Plan for the Environment should be developed and implemented on a statutory basis and fully integrated with government policy on food, farming and fisheries. Natural capital valuation should be developed and promoted across all sectors and used to guide decision making. The government’s ambitious goal requires a similarly ambitious and consistent policy programme in order to be achieved.

The government’s ambitious goal requires a similarly ambitious and consistent policy programme in order to be achieved.