Your Guide to the COPs – What happened at COP26?

The third in a series of blogs, written by Enya O’Reilly for the Conservation Ecology SIG, giving an overview of COP15 and COP26. This post covers the outcomes of COP26, which took place in November. See part 1 for an introduction to COP15 and part 2 for the outcomes of the COP15 virtual meetings. 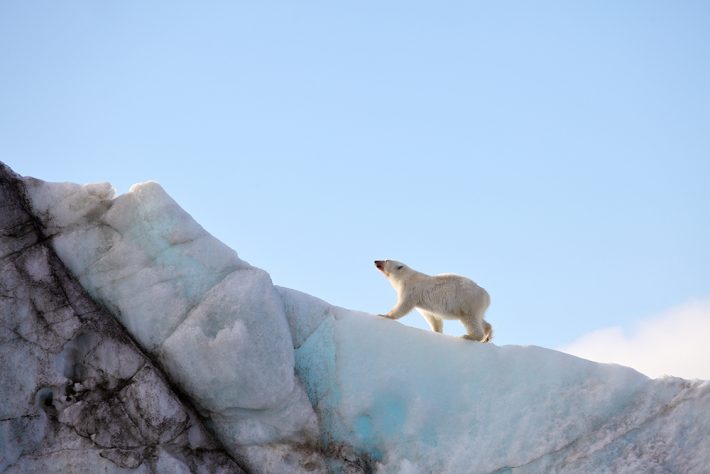 On the 1st November, 35,000 people piled into the Scottish Events Centre in Glasgow on the first day of the highly anticipated COP26. Amongst these delegates were representatives from 197 countries involved in two weeks of negotiations to agree on a new climate deal that aimed to ‘keep 1.5oC alive’. World leaders who gathered in Glasgow agreed that we can no longer ignore the science on climate change and that we must act now if we are to ensure a sustainable future. Although leaders from China, Brazil and Russia were not in attendance, it was encouraging to see America re-join the coalition. In order to keep the 1.5oC target in sight, an agreement that would ensure greenhouse gas emissions would be cut by 45% by 2030 was needed. After two weeks of daily events and negotiations, COP26 came to a close and the Glasgow Climate Pact was produced.

Round the clock coverage made it almost impossible to identify the important parts of the proceedings and the final decisions. Here, we have done this for you, and will guide you through the main actions that were agreed at COP26 and how these fit into the Climate Pact.

The Taskforce on Access to Climate Finance developed by Fiji and the UK will also run trials in 5 developing countries to support faster, easier access to climate finance. $20 billion of public finance will also be given to support developing countries to scale up their clean power and transition away from coal. America, UK, EU, France and Germany have agreed to mobilise $8.5 billion over the next 3 to 5 years to South Africa to decarbonise their coal-dependent power sector whilst supporting the livelihoods of people currently working in the industry. If this is successful then it could be used as a template for other countries.

Under section 2 of the Climate Pact, progress on the Global Goal on Adaptation (GGA) was set out to scale up action and address the needs of developing countries vulnerable to climate change. Under the GGA, the Glasgow – Sharm el-Sheikh work programme was adopted which aims to increase capabilities to adapt to impacts of climate change and strengthen resilience.

In the COP21 Paris agreement, developed countries pledged to finance climate adaptation and mitigation in equal measures in developing countries. However, only one quarter has so far been used for adaptation. Under section 3 of this Climate Pact, developed countries have now pledged to increase the amount given to climate adaptation by 2025 (from 2019 levels). Similarly, the Adaptation Fund exceeded its 2022 target with contributions of $350 million to developing countries and the Least Developed Countries Fund is due to receive $413 million.

Climate-vulnerable countries at COP26 advocated for a new finance facility dedicated to addressing the impact of loss and damage, which will occur despite adaptation efforts. However, this was hindered by rich countries, America in particular, worrying that it amounts to an admission of responsibility which may lead to large liabilities. Instead, a new dialogue dedicated to possible arrangements for loss and damage funding was set up. While this was viewed as insufficient by developing countries, it opens up the possibility to create concrete solutions that can lead to more progress on financing loss and damage in the future. Under section 6 of the Climate Pact, Scotland and Wallonia (Belgium) have pledged £2 million and €1 million respectively towards loss and damage in developing countries. The issues of loss and damage are likely to be a larger talking point at COP27 in Egypt next year.

Under section 4 of the Glasgow Climate Pact, significant action is required to reduce global greenhouse gas emissions, and reach net-zero i.e. countries emit no more greenhouse gas into the atmosphere then they remove from it, by 2050. To achieve this, countries must submit ambitious, yet attainable Nationally Determined Contributions (NDCs) to cut their emissions. Leading into COP26, models showed that if countries adhered strictly to their NDCs, global temperatures would still rise  by an average of 2.4oC. By the end of COP26, 153 countries had submitted NDCs, including India’s bold pledge to achieve net zero 2070. Even these agreements do not do enough to keep global temperature increases to within 1.5oC. Without stronger agreements from big emitters including Australia, China, Saudi Arabia, Brazil and Russia, reaching net zero by 2050 is not achievable. Under the Climate Pact, countries that have not yet submitted long-term strategies to reach net zero by 2050 are being asked to do so.

As part of the Climate Pact, countries have also been asked to revisit and strengthen 2030 targets by the end of 2022 rather than in 2025. There is a belief that if countries stick to the original plan and review pledges every 5 years, then the goal for limiting temperature increase to 1.5oC would not be met. We must wait until the end of 2022 to find out if targets have been strengthened and only then will we have a better idea of whether or not 1.5oC is still within reach.

91% of the world’s forests are now covered by a pledge made by 137 countries at COP26 to halt deforestation and reverse the loss of global forests by 2030 in order to protect biodiversity and utilise forests as a carbon sink. This pledge includes Brazil which contains some of the most diverse and important forests in the world. Unfortunately, Brazil is weakening rather than strengthening its forest protection and representatives for Brazil missed the first press conference after their inclusion in the deal was announced. Also, Indonesia were rethinking their inclusion in this forest deal a few days after this agreement was made. On a more positive note, 12 developed countries pledged $12 billion of public climate finance from 2021 to 2025 towards the Global Forest Finance Pledge and contributors pledged $1.7 billion to advance Indigenous Peoples’ and local communities’ rights within forest habitat and support their role as guardians of the forest and nature between 2021 and 2025.

100 countries pledged to cut methane emissions by 30% by 2030. This includes six of the world’s top 10 methane emitters; US, Brazil, EU, Indonesia, Pakistan and Argentina. Although methane is a powerful and harmful greenhouse gas, this was the first COP to include a major event on methane. This pledge and the pledge on deforestation are vital to keeping the 1.5oC target in reach.

In a last minute turnaround by India and China, the initial intention to phase-out coal was changed to a phase-down. Vulnerable countries in particular were disappointed with this change but agreed to accept it in order to preserve other aspects of the Climate Pact. However, 46 countries, including the UK, have committed to the phase out of domestic coal use. Unfortunately, this pledge does not include the world’s 5 biggest consumers of coal; China, India, US, Japan and Russia, nor does it include Australia, which is the world’s fourth largest producer, but exports around 90% of the fossil fuel. This pledge also does not necessarily hold committed countries accountable for their actions.

Vehicle manufacturers representing 30% of the global market have committed to 100% zero emission vehicle production by 2030. With this, 30 countries have pledged that all new car and van sales will be zero emission by 2040.

Section 8 of the Glasgow Climate Pact highlights the importance of collaboration in two fundamental areas; improvement of technological and scientific advances, and ensuring the inclusion of civil society, indigenous peoples, women and youth. A strong emphasis was put on interdisciplinary collaboration at COP26 to advance technology across multiple sectors. 40 countries, accounting for 70% of global GDP, endorsed the Glasgow Breakthroughs which looks to speed up the global access to clean power, zero-emission vehicles, near-zero emission steel and affordable and renewable carbon hydrogen. Co-ordinated by the UK, there was also greater emphasis on movements outside the official COP26 process for smaller groups of countries, companies and cities to collaborate and come up with their own climate targets. For example, reducing methane emissions and greening the financial services industry. In addition to these, the Clydebank Declaration was adopted at COP26 whereby 22 countries pledged to work together to develop green shipping corridors.

An important achievement at COP26 was the finalisation of the Paris Rulebook which sets out detailed protocols that underpin the delivery of the Paris Agreement. The outstanding rules that were agreed upon at COP26 were the regulation of the carbon credits system and common timeframes for emission reduction targets. International carbon markets have been a heavily debated topic for the last 5 years. In essence, the global carbon market is the sale of credits generated through emission-reducing projects to buyers (countries or companies) looking to fulfil an emission-reduction target. Negotiators at COP26 agreed to avoid double-counting i.e. where at least 2 countries claim the same emission reductions as counting towards their own climate commitments. It was also agreed that 5% of proceeds be used to fund climate adaptation and that countries are allowed to carry over carbon credits since 2013. However, at the next COP it is vital that these older credits be representative of real emission reductions.

Common timeframes for NDCs between countries were also agreed. For this first round only, 2022 targets are for an end date of 2030, and then a 5 year cycle starts. 2025 targets are for a 2035 end date, 2030 targets for a 2040 end date and so on. With this, countries are expected to increase their ambition and goals with each 5-year review of the targets in what is known as the ‘ratchet-system’. Now that the Paris Rulebook has been finalised, the Paris Agreement can be fully put into action.

As it stands, the current Climate Pact will not put the world on track to stay within the 1.5oC limit, but officials say that the agreement is a significant step to a safer future. We will need huge ambition and targets that are followed through if we are to keep 1.5oC alive. However, every effort, no matter how big or small, chips away at temperature increases and the damage that they will cause.

Enya is a PhD student with RSPB and the University of East Anglia, exploring quantitative methods for species selection in the development of multi-species ecological indicators. In the future she hopes to work within science policy, to support the application of science and research into land management and policy decisions that will ensure the sustainability and health of biodiversity and ecosystems. Twitter: enya_oreilly

The Conservation Ecology SIG provides a platform for facilitating the exchange of information between theoretical ecologists, applied ecologists and practitioners interested in conservation issues. The Conservation Ecology group is open to everyone, both BES members and those who have not engaged with the BES before; we seek to include the widest diversity of views, experiences and contributions as possible.